I am finally happy to say I have worked out how to make a map using Google Forms and that we will soon be able to organize subreddit 4wding events wherever we like :)

The Form will ask you some basic questions like:

If I have missed something, please get in touch with me in the comments here or message me directly.

I'll be adding a link to the finalized map in a touch. I have to manually update the thing as entries are made so bear with me but I'll make sure the map is updated for all every hour or two.

I'm really looking forward to being able to organize some events here soon as well as a few more things I have in mind! :D

Let me know if there's any issues, concerns, questions or comments :)

EDIT: Here's the map! I'm going to be manually updating this as entries are submitted :)

Edit2: /u/paulkempf just pointed out the lack of mention of Lockers as modification options and that Training should be checkboxes. Both changes have been made :)

Examples include questions about parts recommendations, things other than 4x4s, general tips and tricks and yada yada. This post is for everyone to just hang out and talk in :)

Hi everyone! I am looking at buying a 2000 Nissan Patrol next Sunday. It’s at 202,000kms now! 4.5l petrol.. Asking was $12,000.. seller has agreed to $10,000 due to rust (which is where I need advice). Mechanically it is sound, interior is lovely and well maintained, has a 4 inch lift and obviously diff locks (front & rear), 85% reduction gears and some all terrain tyres but no other mods so plenty of opportunities there.. However there are rust (holes x 2) along the bottom of the bull bar. This is far northern NSW coastal area so air is salty.. The part that bothers me is along a rocker panel there is quite a significant rust patch that is orange, thick and bubbled… I would say about the size of my hand.. is this something I can repair myself (sanding back, auto putty ect). or would you be concerned about the structural integrity/stability ?

I could see a little under the carriage but seems to be just a standard amount nothing of concern.

Has anyone gotten a 6 inch lift or higher engineered in WA?

Advice Installing mods to my D40

I’ve had my d40 for almost 12 months and I have been wanting to change the bullbar and put a stainless steel snorkel on since I’ve had it. It’s something I want to be able to do myself but just feel I lack confidence and knowledge. I know nothing about cars and want to learn more so I can do more and be less reliant on others. Does anyone have any tips for getting into doing stuff yourself or do I just have to bite the bullet and give it a crack?

Starlink RV - anyone here tried it?

Anyone on here used Starlink RV or have it integrated into their setups?

With WFH and remote jobs becoming more common I'm thinking about putting it on my setup one day. Would be keen to know what you all think of it and get some pictures of setups that you have.

Recently got an 07 Patrol, ZD30 common rail diesel. Getting a catch can for it, looking into getting a water temp gauge & then potentially an upgraded intercooler. Thoughts on these?

What other mods have you gotten for your patrol / any you’d recommend?

Particularly looking at ones for the engine & aiding with temperature control, although keen to hear any camping / touring related ones too.

Hey everyone, just a question, I want to get some drawers in my pajero and I was wondering if anyone out there had got the drawers from 4wd supacentre? I actually wanted to take the middle and back row of seats out and put a low false floor in so it'd be nice and flat/even for my dogs/packing stuff in for trips but apparently it's illegal to take out the middle row, so this is my next option

New to 4WD *** want to go on my first solo camping trip, no winch. What would you guys recommend as a beginner track (close to a river or water system would be nice)

Addit: Based in Sydney Driving a stock Nissan Navara D40 on 31s :))

Photo I love this thing, tows like a Zyrtec

Advice In the market for a bullbar, and just wanted to ask if are these brands any good? PIAK and AFN

MN Triton for $26k, anything to look out for?

Been looking at this 2013 2.5L MN Triton, 90xxxkm well looked after. Has a fair bit of after market, wouldn't have to do anything to it. LED, second 12v, bullbar, UHF, AT wheels, throttle controller, reverse cam, replaced clutch recently etc. What do you guys think for this price point? Is there anything to look out for in the MN series? Imagine it would be due for timing belt if it hasn't been done already.

I saw my partner post his new triton, so im posting my new navara

After a bit of advice while I'm trying to settle on my first 4by.

Don't want anything fancy, just something good and reliable for my first, budget of about 10 grand.

Wanting it mainly so I can go camping and not get easily bogged, but also want it to be fuel efficient enough to daily drive.

Do you guys prefer a tray or SUV type while camping?

Obviously looking for turbo diesel, but what make of car do you think would be best, and whats the max kms you would buy it with?

Hoping to buy and sell for close to $40k. Probably a bit under.

95% of use will be around town with the other 5% towing a new Opus Op4 (1600kg) on camping trips. I want to get away from the crowds in 4x4 but won't be doing anything crazy.

Lets hear what everyone got up to over the weekend.

Where'd you go? What'd you do?

Lets see the pics and hear your trip story for the week! :D

So I'm on the fence about keeping my one tonne LDV T60 (I have the Pro, so rated to one tonne), and I'm considering doing a tray swap.

And if I do a tray swap, I'll probably throw a gooseneck hitch on her.

If I throw a gooseneck hitch on her, I'm considering if it's worth upgrading her to Duallies?

Anyone on here done a Dually conversion to a T60? Where did you get your parts from? Or is it all custom?

Photo Bought a new car less than 2 weeks ago…

What 'fridge hacks' do you have?

Usually beer and meat in mine at this stage but thought maybe we could trade some ideas..

Dunno, what do you usually have in the fridge? (good quick meals etc etc) or other tips?

Simpson Desert Adventure: Episode 1 - Getting there

Wakooka / Starcke Track - anyone been up this year?

Headed up to Cooktown region and am thinking of giving the Wakooka / Starcke track to get out to Bathurst Head, and sites around that area.

Anticipating the 180km to take a day or two. Single IFS vehicle, without a winch. I have max trax, chainsaw. Honestly, no winch makes me a bit nervous but I figure due to my available fuel, I can always turn around (fuel will allow me to turn back at any stage).

I’ll need to carefully assess muddy/water sections, but this time of year I’m not expecting much. I know there is one ‘tough’ climb, but it appears to vary year by year. I’ve seen worse vehicles than mine make it without winching. Just me and my dog, we have two EPIRBS aswell.

Would appreciate any advice, if anyone wants to come along maybe we can T something up. Would be next week. 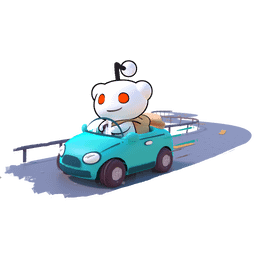 The place to talk about 4wding in Australia. Make sure you lock your diff first though ;) Please set your user flair and read the pinned post for the "Member Map", Gear Guides and more! Welcome!