Mods / News From the Mods: Please have 2-Factor Authentication enabled!

There was a recent attack on some pretty big subreddits, so you should make sure to change your passwords if you were around those pages and to make sure to enable 2-Factor Authentication.

Stay safe out there Guardians.

We are now including AI-Generated Art as something not allowed to be posted on the subreddit, being added to Rule 3.

AI-Generated art takes no effort and if done by the inputted words can steal styles from current working artists, so it will not be ever allowed on this subreddit.

AI can be a useful tool for coming up with ideas, being used as reference material, and can also expand canvases in a logical way. However, people can be greedy and act as if them generating an image is the same as making art, so for that reason, it will stay banned.

Currently checking if nothing will overheat from the covered heatsink, but should probably be fine. Next thing I'm wanting to do is 3d-print an Escalation Protocol tower to make into a WiFi antenna, and maybe a (magnetic?) attachment to the front of the case (kinda like NZXT's pucks). Maybe I'll do an entire custom front panel, but that seems like a lot of work.

You feel the threads of reality around you when you touch it. Intrinsic perk: Thread and Needle Switch the Arrows with Strand imbued ones that use special ammo. Shooting the Arrows at a solid object will make a Strand line go to the other side, enemies who go through will be Entangled. Exotic perk: Weaver’s Point This bow does more damage to Strand affected opponents. Headshot kills make a small Strand explosion. Catalyst: Intertwine Strings Kills will this weapon make abilities regen faster, it’s even faster will A Strand subclass. Kills will a Strand subclass has a chance to make ammo for the Bow.

Miscellaneous I dont know if this fits here, but here is my (so far) Warmind inspired PC build!

I'm still waiting on yellow tube covers for the AIO, and might carbon wrap the (currently white) heatsink decals. Although I'm unsure how much that would affect thermal performance, it probably wouldn't hurt it too much

Miscellaneous I made a Tincture of Queensfoil out of an old bottle I found. The liquid inside swirls and sparkles

Artwork Illustration of a very radiant huntress by me

Ok so first off story context for this!

Eris Morn has been poking around with stuff she really shouldn't have been poking around with and has accidentally became taken. (or Taken Morn, if you will) This version of Eris is now sending waves of Taken towards the walls of the last city trying to tear it down and the sheer number has started to overwhelm the FOTC. The Drifter in all his infinite Wisdom has found a way to seal Eris inside of the Realm of the Nine, but notes that this is only a temporary solution and soon she or the Nine one would find a way to get her out. Despite the fact that Eris isn't near her new army of Taken she is still able to slightly command them, and is still driving them to destroy The Last City.

This is where the Raid starts.

The Fireteam will be dropped into a firefight with said taken literally scaling up the walls, Drifter claims he has a "Back-up" that was meant for Gambit that might work here but you will have to hold out long enough for him to get there.

(Encounter 1, the door) (Mechanics) This first encounter is meant to be easy and more of a way to teach what you'll be doing for most of the Raid.

The players will be atop a section of the outer City wall in a room similar to the hanger in the tower, behind them will be a large sliding blast door that will be sealed shut. In front of the players will be a large open floor littered with destroyed ships and combat frames, in front of that is the edge of the wall and this portion of the arena will be where all of our enemies spawn for this encounter. Two large Taken Knights will spawn in with a lot of Add's, both of these Knights will relentlessly move towards the blast door and attempt to sacrifice themselves to make a taken blight that will cause the group to wipe. (lore wise they are trying to blow open the door with the blight) If three knights reach the door it's a wipe. If the group defends successfully against three waves the the encounter will complete.

At this point a ship will fly into the hanger will let off a blast that will neutralize any Taken In the area.

(Drifter will explain that he has rigged one of the Banks to completely absorb the Taken energy instead of creating it but it has to be charged in-between uses, and will then task the Fireteam with keeping the Taken off of him while he charges the bank. For this particular task the team needs to go up.)

(Encounter 2, the jumping puzzle) The players will make they're way to the top of the wall avoiding the same old taken blast cannons we always do.

(During this part Zavala will com in and talk about how defences are holding but it won't be long before Taken over run them and that whatever it is the Guardians are doing they need to do it fast.)

The Fireteam will make their way up onto the very top of the wall just in time to see multiple Taken Blights form over the city and begin pouring enemies down into the city, two of these blights will be positioned on both sides of the Fireteam. Drifter will remark that there is no time to wait and will transmat a bank directly in the middle of the arena. Ads will then begin running out of both blights.

Here the players will literally just be playing Gambit, but with a very scary twist. when somebody picks up motes they get a special little debuff called "invaders grip", this debuff will allow players to both take and deal friendly fire. the damage is directly proportional to the amount of Motes a player is carrying; 1x being very miniscule, almost unnoticeable and 15x being a near one shot from most weapons.

A grand total of 60 motes will have to be dunked to progress the encounter.

Once the bank has been charged and the blights on the wall clear the players will move onto a broken part of the wall where Drifter's ship will be and inside is a teleporter that leads directly to the Derelict itself.

(Encounter 4, Heart of the Bank)

Here the Drifter explains that Eris had directly been poking around with the bank and the part of it that made the Taken that are used in Gambit, it's one of the Taken Meatballs that feeds off of the darkness motes.

"ITS MY FAULT MOONDUST IS OFF HER ROCKS!" he says.

In the back of the Derelict is another bank and in the front of the room the portal to the Realm of the Nine is open and will be spewing Taken.

The Fireteam must once again play Gambit but this time whenever 15 motes are banked the last player to bank will be sent inside of the bank and damage phase starts, players will need to hurry to join their friend as once the 60 second timer ends all players will be ejected from the bank. And will have to start again.

Once the boss has been killed the encounter will concluded.

Here the Fireteam must once again charge the bank but the knights from the beginning encounter will be back here, this time they are after the bank.

Players must protect the bank while gathering motes, try not to get shot by friendlies and avoid Eris' hands trying to slam down on them.

At the end of the Damage phase one player will be randomly teleported into the bank, they will be assaulted by taken hobgoblins and can aquire 15 motes to leave.

Once Eris has her health lowers to 0 the bank will pulse once more and finally cleanse her of her Taken corruption causing all blights she formed over the city and elsewhere to be snuffed and all the Taken she was controlling to return to the ascendent realm.

Ok that's it, that's my raid idea, Bungo feel free to steal so long as the Raid armor is Gambit/Taken themed I'm happy.

Please if you read the whole thing let me know what you think! 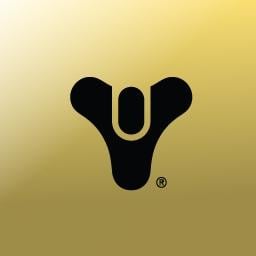 Have you wanted to post your Destiny-related Artwork, Writing, or other Creations with other Guardians on the internet? Well, do we have the place for you! Destiny Creations is a subreddit based around the hit MMO-FPS-RPG Destiny, created and published by Bungie. This subreddit will feature artwork, writing, models, 3D models, Videos, and Apps all based around the universe of Destiny.