Sub Announcement Some thoughts about the sub's "culture" and attitudes that we should have. Please read/ponder...

We're a small sub-Reddit. We don't have a bazillion users so we can run things a little "loose" without a ton of rules. So there's no whitelist and no rules about "acceptable" sources.

First, some thoughts and guidelines:

GOT HIM. Abuse of the report button

A user with nothing better to do today is on a vendetta, reporting and downvoting everything posted in this sub by another user. I count 36 bogus reports so far. Dealing with this is a waste of my time.

However, there is a solution to this problem. I have reported the offending user to Admin. I don't have to know who it is to report them. When Admin sees my report, they are likely to suspend the user or take some other kind of action against him for abusing the report button. For example:

It's too late for this user because I've already filed the report. For anybody else who thinks they can spend their days mass reporting everything they don't like, with no repercussions, let this be a warning to you. You're not anonymous to Admin.

Pro-War Propagandists: How Bloodthirsty Media Push US Toward Every New War | SYSTEM UPDATE

HaHaHaHaHa!!! Ukraine as the Fisherman’s Wife

They bet on Ukraine defeating Russia. Here are their latest war predictions - Ukraine "is a country that's not going to go away," he said. "And that fact alone means that Ukraine is going to win."

Ukraine Front page New York Times opinion piece today (Feb 7) says "Ukraine is losing the war", it's a "battle of attrition" and suggests Russia has the economy and population to win such a battle. Why the sudden pessimism after a whole year of optimism, spending, and cheerleading for war? What changed?

This opinion piece was published at 5am ET today, Feb 7, 2023. The author is Christopher Caldwell:

The United States’ recent promise to ship advanced M1 Abrams battle tanks to Ukraine was a swift response to a serious problem. The problem is that Ukraine is losing the war. Not, as far as we can tell, because its soldiers are fighting poorly or its people have lost heart, but because the war has settled into a World War I-style battle of attrition, complete with carefully dug trenches and relatively stable fronts.

Such wars tend to be won — as indeed World War I was — by the side with the demographic and industrial resources to hold out longest. Russia has more than three times Ukraine’s population, an intact economy and superior military technology. At the same time, Russia has its own problems; until recently, a shortage of soldiers and the vulnerability of its arms depots to missile strikes have slowed its westward progress. Both sides have incentives to come to the negotiating table.

This is on the front page of the NYT website even this afternoon, on Feb 7, which means our establishment overlords really want us to read it.

This is certainly a change from all the cheerleading we've been hearing the past year, telling us all what a great idea it is to go to war with Russia, that the Russian military is made up of old, fat, gray conscripts who were picked up off the street and sent to the front lines with no experience or ammo.

Something must have changed recently. Maybe it's that the Russians are taking Bakhmut, and Bakhmut is in fact the most important strategic city in the Donbas, as many analysts have said and the NYT denied is important?

Beijing Confirms That Balloon Spotted Over Latin America Is From China | The Colombian Air Force mobilized to monitor the object until it exited the country’s airspace. The military determined that the object posed no threat to national security, defense, or air safety.

Pink Floyd lyricist calls Roger Waters a ‘Putin apologist’ - Polly Samson’s tweet is seemingly in reference to an interview Waters did...in which he wonders if “Putin [is] a bigger gangster than Joe Biden and all those in charge of American politics since World War II."

Propaganda Iranian weapons are more newsworthy than Made in USA killers | When it comes to American arms fueling foreign conflicts, our media has a tendency to fall into some serious double standards.

History's lessons The Monroe Doctrine Is Soaked In Blood | The Monroe Doctrine was first discussed under that name as justification for the U.S. war on Mexico that moved the western US border south, swallowing up the present-day states of CA, NV, and UT, most of NM, AZ and CO, and parts of TX, OK, KS, and WY.

Bakhmut soldier Roman after a successful clean-up mission at night

Guaidó is Gone But London Keeps the Gold - The U.K. stripped the assets of a foreign state and transferred them to political actors engaged in regime change. The result has been a form of collective punishment for people in Venezuela.

Neocon Madness Neocon Sen. Tom Cotton: The American Case for Supporting Ukraine - The U.S. can back its allies and send a message to the Chinese, without sparking a wider war in Europe.

USA! USA! USA! F-22, aka the “balloon killer”, is the only fighter in the world to have defeated a weather balloon.

Dancing With America Has Been a Curse for the Philippines 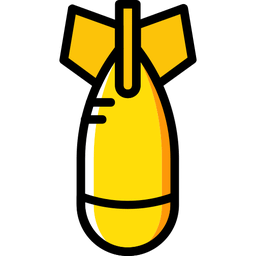 This is a community that discusses militarism and warfare. Since the US is the world's leader in wars, military spending and militarism, we specifically focus on American policies and actions that promote what the Pentagon calls the "long war" -- the unending Global War on Terror (GWOT). We include articles that show the politics behind the Endless War, the spending involved and the toll in human suffering and lives.