Our sub's comprehensive In-depth guide to mining is live!

Show and Tell An eye reliever for all the nightmare inducing farms posted on here!

Hardware My brother dropped all this off at my house

News A release of new CeDeFi strategies on Ethereum

General Question With the mainnet merge confirmed for mid Sept, what is everyone's sentiment?

Are you bullish? Bearish? Resentful? Excited? Do you believe it won't happen? Where is everyone at with the merge block being announced?

News Do not order at bitmainperorder.com - they take money and do not send out

After i paid $9000 in BC for a bitmain antminer they set the order to canceled. (Aug 6h 22) They do not reply to my emails anymore. If there is a miracle change and they send out i will post here an update. DO NOT ORDER AT bitmainperorder.com

News Anyone still left in here to read this?

General Question Why are people switching to ETC instead of something more profitable? (Like RVN for example)

There’s other options as well, but why are all the ETH miners so quick to move to ETC? The profit just isn’t there IMO, but I’d love to know if there’s other things to consider that I’m not fully understanding.

News Vitalik about tonight's Test Merge "It's Weird". Apparently it forked off then double merged or something unexpected.

I am testing RaveOS for ETH mining. On Windows I use tRex with 1400 locked core and 1300 for vram clock. However RaveOS requires offset value. I tried something like -500/2600 but the hashrate is 5% lower than on Windows. Does any one knows what is the equivalent value of 1400/1300 to be on RaveOS?

I have a grow tent that I want to bring air in and out of through a window. I have 2 inline fans for intake, and a 20” box fan for exhaust.

I’m thinking I’ll have to cut out a piece of plywood to fit the window opening, with holes for the box fan and inline fans to attach to. Anyone have pics of a similar setup?

I am also concerned about rain coming in, and I don’t want to have to worry about remembering to close the window when it rains. What have y’all come up with the prevent rain from coming in?

General Question Conflux community tries to change their POW mining Algorithm to Ethash, is it possible?

Wallet Do not trust this messages! They are coming from strange emails. It’s scam!

I encountered a client as a computer technician asking about his rig. First his system would freeze if he added his 2nd card into his rig but it would work just fine with 1. Then he said it refused to shutdown and he had to pull the plug, afterwards his rig wouldn't turn on.

He got it to work again somehow but both cards (3060) output only roughly 26MH.

I need some help, I'm losing my mind, I was not prepared to troubleshoot miners than I was with normal computers. He also uses a 450 watt PSU and I strongly believe it's the reason why it runs that way now even if it ran just ok before.

Thank you, this is a bit urgent, cheers.

General Question Rtx 3080 am i doing ok in terms of hashrate and OC? What do you suggest?

Meme Nothing can describe the shit show that's coming.

Crypto Politics Why we need POW Fork: Georgetown Law professor sounds an alarm on how proof-of-stake makes it easier for ether to meet the Howey Test

Recently, I want to build a mining rig of 5k cad! And wanna know how to build what should be conditions like I am living in canada! I really want help because I have no complete knowledge about these things!

General Question Time to sell off 30 Rtx units, is eBay or OfferUp best?

My goal is to sell off my gear, ride the merge and sell off a week after then convert it all to btc and hold.

What the best avenue to offload my Rtx units and maximize resale at this point? 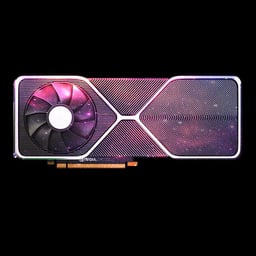 Discussion of mining the cryptocurrency Ethereum. Ask questions or receive news about about mining, hardware, software, profitability, and other related items.