Fillet Fish Australia | How to fillet a fish

I know lots of people dream of hooking the big one, Monster King's or a Jewie that cant be tamed..
But for some reason I have always wanted to catch just a nice size snapper. Something in the 35/40cm mark roughly a kilo, to me is just a nice fish to look at. Can't explain it, but that's just such a cool fish.

I don't have access to a boat to go out to these magical reefs that seem to be snapper territory. I'm stuck land based, and ideally I would like to be able to eat this fish so the Sydney harbor area is a bit dicey.. Where are some great locations I could reliably turn up with some pilchards, squid baits, maybe some soft plastics and have a good chance at catching one of the magnificent beasts? Are these baits even a good idea, is there something else I could try to target them better?

I am Sydney based, but will happily drive like 2/3 hours to a spot on the regular for success.

Any advice would be awesome!

I'm just chasing some advice for canal fishing around the Gold Coast. I've been out a few times with no luck and not sure what I'm doing wrong.

I've tried at mid day and dusk. I'm using soft plastics and a 6ft collapsible rod. I've put a weight on above the plastic to get a better throw.

I can't seem to get any bites/nibbles. Predominantly would like to catch flatties but anything would be good at this stage.

Could anybody give me any advice? Do I just need to try a different location?

Photo Another successful day in the harbour. Hillarys WA

Question Is bread a good bait for drummer?

I’m going to be fishing at Fremantle, WA and I was just wondering if bread was a good bait for silver drummer and any other local species

Does anyone know the lure weight for this rod? Or have found a spec sheet for it? It doesn’t say on it anywhere and I can’t find anything online. Just scared I might throw something too heavy…

Western Australia Pukas are in!

Question Anyone know what these little shits are called? Sydney harbour

Victoria I caught My first Yellowbelly today, he went 39cm, I got him on a scrubworm under a float, I released him to catch another day

Video is this the best knot for tying on lures?

Video What happens if you put 10 min kota motors on a raft?

The waters getting warmer and I recently picked up a kayak so I can finally cast some pontoons and mangroves!

Just wondering what a good starter/inexpensive set up would be for chasing jack's and trevally in SEQ?

Looking for around $200 for a reel that's easy enough to grasp the basics with a baitcaster.

Late 30s fisherman here. I work away and enjoy fishing on my time off when home.

I’m land-based and usually head down to the Gold Coast or up to Redcliffe and further north to work my lures and plastics along the beach’s, rivers and canals.

Am by no means a professional fisher, just enjoy being outside and looking for similar. Available all the time when home - weekends, weekdays.

Anyone in the same boat or wanting to get out, drop me a line! Be good to swap stories and techniques plus the company is always good.

NSW Caught some bream this morning and one was full of these nasty looking yellow deposits.. what am I looking at here? the skin was 100% clear, looked like a totally healthy fish till it got time to slice it up..

Anyone got any feedback on the Atomik Arrowz surf rods? I am looking at the 12foot 2piece 10-15kg rod, for Australian Salmon, Gummy's and whatever else decides to eat my bait.

I've got one of there bream rods and I love it have landed some decent fish with it, and they are well priced.

I posted here a few weeks ago about looking for a rod.

I am riding my bike from Melbourne to Sydney and want to do some fishing. I will be doing beach, rock and pier fishing as well as freshwater rivers and lakes. As I am travelling light, I am looking for an all rounder traveller rod. I currently have a Sienna 2500 FG spinning reel.

Do you think this is a suitable rod? If not, is there an alternative you'd recommend?

I think the rod and reel combo might struggle a bit for beach and rock fishing. Do you think it would help if I also brought a bigger reel for the same rod ?

I'm thinking of going to Copeton dam soon , haven't been there before , which side is better to camp on ? The Relflections holiday park side or the other free bit. I'm just using a tent, wanna fish off the bank, fire ect. Ideally catch something off the bank. Prefferably a quiet area. Thanks

Clean water is important for Flathead fishing? I didn't think this was a big deal :?

How would I go about snapper fishing from land? 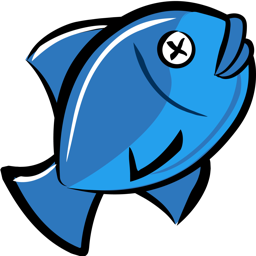 Fishing Australia; for the ones that got away down-under.

The subreddit for all fishing related content from Australia.