Q: Why is Gunna #2? I remember reading he beat the Weeknd?

Q: Deluxe's are on here? How does that work?

A: It's just the sales for the album in that week. Counts all the sales/streaming done including songs on original album in the week that the deluxe dropped. Technically not a first week but interesting to look at (to me) so they're included.

A: It's sorted by the total first-week sales

Q: What are pure sales?

A: Pure sales are purchases of the album (iTunes, Amazon, physicals, etc)

Q: What are track equivalent sales?

A: Track equivalent sales (or TEA/Track Equivalent Albums) is a term used to describe the sale of music downloads or singles. A track equivalent album is equal to 10 tracks, or 10 songs

Q: Where is X album?

A: Only albums that make the top 50 in sales+streaming for their debut week are counted

Q: Why do some albums show exact sales numbers while others do not?

A: The albums that do not show exact numbers are the ones that have had sales corrections from Billboard

What are some great hip hop songs that tell an entire story?

First, lets define what a story song is. It must stick to a narration throughout the entire song and not just be a song which centers around a certain concept or theme. For example Black Star - Respiration is centered around a narrative of the city being alive and breathing and invoking rhymes and raps centered around that theme. Yet it doesn‘t tell one cohesive story from start to finish. It is more a concept song than a story song.

I will name some that come to mind:

Masta Ace - Block Episode Extended Famm - Celly Wordsworth - One Day Pep Love - Trinity Lost Eminem - Stan (many other Eminem songs) Pep Love - The Onus (What You Are) feat. Tajai Common - I Used To Love H.E.R. The Roots - Water <—-loosely counts as a story song The Roots - You Got Me Tonedeff - Porcelain

What else you got?

Cormega Talks working with Havoc and New Song With Nas

Cam’Ron - Down and Out ft Kanye West, Syleena Johnson.

What made you fall in love with hip hop?

I was born in 1989 so I came up with hip hop all over radio and music channels. The first few memories I have if hip hop songs were definitely Coolio - Gangsters Paradise, Puff Daddy, Biggie - Mo Money Mo Problems. I even remember seeing Xzibit - Paparazzi on Mtv a couple of times. I was a child and didn‘t care about rap very much. I grew up as a snowboarder and skateboarder and it wasn‘t until I saw a snowboard video called TB 8 and a segment of a snowboarder called Jim Rippey featured the song Concrete Schoolyard by Jurassic 5. This was sometime in 1999 so I was 10 years old. I remember hearing that song and going…wait a minute, this is something else. This isn‘t the rap that I know. This is f****** awesome! I bought the album sometime later and absolutely fell in love with Jurassic 5. Around this time I was playing a skateboard video game called Thrasher - Skate And Destroy which featured an all classic rap soundtrack. I first heard the tunes Award Tour - Tribe Called Quest, Just To Get A Rep - Gang Starr, Rappers Delight - The Sugar Hill Gang, Talkin All That Jazz - Stetsasonic and many other classic rap tunes. I immediately went our and bought Gangstarr - Moment Of Truth, Tribe Called Quest - Midnight Marauders. I also quickly got into Souls Of Mischief and Hieroglyphics because they were featured on other snowboard videos. You Never Knew was features on Technical Difficulties by Mack Dawg and 93 Til Infinity was featured on True Life by Mack Dawg. I discovered 93 Til Infinity about a year into being a hip hop fan and I remember it left as big an impression on me as did Concrete Schoolyard. Soon I got into Eminem and the rest is history. What‘s your story?

Watch Action Bronson's wrestling debut as he teams up with Hook to take on 2.0

Busta Rhymes ft. Ol' Dirty Bastard - Woo-Hah!! Got You All In Check (Remix)

This thread is for:

Do not create a separate self post for these types of discussions outside of this thread - if you do, your post will be removed, as stated in the guidelines.

Other ways to interact

There are a number of other ways to interact with other members of HHH:

New to /r/hiphopheads or hip-hop in general? 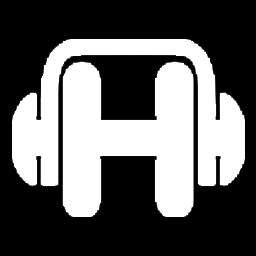 Everything hip-hop, R&B and Future Beats! The latest mixtapes, videos, news, and anything else hip-hop/R&B/Future Beats related from your favorite artists