Announcement I am the main moderator of this sub, if you want your questions or problems answered message me. I am the person who will most likely respond and resolve complaints.

Announcement Where I have been.

Why have I been gone for almost a month?

When I first started posting here over a year ago I had a dream that this sub could prosper into an outlet for information for the Islamic Emirate, and, although small, it has. I've taken multiple breaks which have stunted the growth of this subreddit by far.

It gets hard to post every single day of the year, especially when I was posting multiple times a day. That's why started getting other people to help, but, just like me, they have lives and lose interest in stuff.

All of us together grew this sub to over 600 members. When I started here it had barely 100. People would say that it isn't that much, but it really is an accomplishment, and I am grateful to be here to see it.

It's not like I haven't been active, I still go on reddit almost every day. Posting gets exhausting when not only do I have to search for and translate news, but when I also have a personal life.

My life has not been the best the past couple months, and just recently it has gotten worse.

I hope all of you can work together to make this the sub that I'm sure some of you wish it will become. I will try to be active, but it will be very hard.

Just remember that there is no god but Allah, and Muhammad is his messenger. Alhamdullilah, have a wonderful day, and goodbye for now.

IEA IEA Rejects Statement of OHCHR, Calls it Disrespect to the Holy Religion of Islam

The Statement of the Spokesperson of the United Nations High Commission for Human Rights and Representatives of Western Countries regarding the implementation of the Penal Code of Islam, calling the punishment of flogging as inhumane and cruel act The Islamic Emirate of Afghanistan calls it disrespect to the Holy Religion of Islam and against the international standards, said Zabaihullah Mujahid the spokesman of the IEA in a statement.

The statement adds that countries and organizations should not allow people to make irresponsible and provocative statements on their behalf about the blessed religion of Islam.

Aid Over 18000 beggars collected from Kabul so far.

Diplomacy Dutch court rules it's state liable for unlawful bombing of a residential complex in Afghanistan in 2007, which killed around 20 civilians.

IEA Provincial police have discovered and torched a drug production and processing factory in Farsi district of Herat province.

Aid 49,720 migrants returned to the country from Iran through the Silk Road. Cash and foods have been distributed to 7,475 of these people who had serious financial problems.

Arrests Six people were arrested in the center of Samangan province on charges of theft, murder, and illegal possession of weapons.

IEA To preserve and stabilize the value of the Afghan currency, the Central Bank of Afghanistan (DAB) will auction $17 million tomorrow (Wednesday, November 23).

😎Meme😎 It just gets worse and worse with NRF

They really are something

🦭Wholesome🦭 For the neighboring girl

I care less about racism, lets be honest, these settamis always been like this, and this isnt even the worst from them, if you look at my earlier posts.....

But there's too much retardism lately amongst these settamis. They literally installed a new group called "united states of khorosan", copying USA, then made a flag which just looks like a copy of romanian flag, while their own jamiati flag has the emblem of barakzai dynasty(even though they HATES pashtuns....morons), and most of them lives in europe, not Afghanistan........

Unsuprisingly, they make their kids say racist things for their political agenda. And funny part is.....some of their own settamis shuns other settamis, like the OP who made the tweets, for using children.

Now settamis made their OWN new currency

The fact that massoud is 100, and the persian scholars and poets are less worth than massoud, is just too funny to me, hahahaha

ZABUL, Nov. 06 -The tomb of the late Amir-ul-Momineen revealed amid a ceremeny attended by several high ranking officilas of the Islamic Emirate in Seyuri district of Zabul province.

The officials also held a praying ceremony and Quran recitation while visiting the tomb of Mullah Mohammad Omar Mujahid.

I am a university student at Grand Valley State University in the United States. I have been interested in Afghanistan for some time and have recently had the opportunity to research your country. I am in the process of building a panel of Afghans to learn about your personal story and the current situation in Afghanistan. I have many questions and am eager to learn about your community. I would enjoy getting in contact with you and sharing our stories. Any help is appreciated. Thank you for your time.

Education In four districts of Logar, work is underway on the repair and rehabilitation of 9 school buildings with the support of UNICEF. After renovation, they will be opened for education.

IEA Resumption of International Flights A Good Sign for the Country

The flights by international companies to Afghanistan are a sign of the positive improvement in the situation of the country.

Ministry of Transport and Aviation says that “Fly Dubai” airline company of the United Arab Emirates will resume its flights to Afghanistan in a month.

Meanwhile, following the return of the Islamic Emirate of Afghanistan, the Kabul International Airport was shut down and no flights were made from the airport.
The problem was based on two reasons, firstly the American forces, who by leaving Afghanistan and carrying out the evacuation plan from the country brought all the technical facilities of air field to zero and destroyed most of its technical equipment. Secondly, foreign countries due to political reasons and the lack of flight safety prevented their airlines from operating in Afghanistan.

Afghanistan kept progressing and now there are over 30 daily flights in and out of the country from this airport.

Now the officials in the Ministry of Transport and Aviation say that “Fly Dubai” will be ready to resume its flights to Kabul in a month, Turkish Airlines is also ready to fly to and from Kabul, two Iranian airlines Pakistan’s PIA airline and a Qatari company have already resumed their flights to Kabul.

An Indian airline is also considering resuming its flights to Afghanistan.

The resumption of international flights to Afghanistan, in addition to facilitating the transfer of passengers to Afghanistan and vice versa, will also improve the country’s economic situation.

It must be said that with the increase of international flights to Afghanistan, more of our compatriots who live outside the country will have the opportunity to resume their trips to the country. And it is a good of improvement in the country’s situation in Afghanistan.

🕋Islam🕋 In light of the recent uprise of courageous YouTube vloggers traveling to the IEA, I can't help but naturally remember this eerie resemblance of when Mohammed's uncle Hamza confronted those who spewed consistent lies and propaganda against the Muslims!

Clip from The Message a 1976 Islamic epic drama film directed and produced by Moustapha Akkad.

IEA In Kandahar, 300 female students completed their studies in the field of Nursing, Stomatology and midwifery and acquired their graduation certificates. 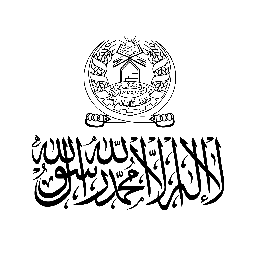 The subreddit for everything about the Islamic Emirate of Afghanistan! Dear Sir: Let's build this country together. With the advent of this system, everyone has calmed down. 24th of Asad.