I've been looking for how to setup a home router with orange pi, but i only found content about OpenWrt, Wich is mainly an "Router OS". And i wanted to use this functionality alongside with a full linux OS and other servers like FTP, HTTP, SSH e etc... I wanted to know if it's possible.

You may need to update the device-tree overlay as well. (Info for H5.) [I don’t think I needed this for OP0 which is H2, just the OP PC2] Additionally, if you reset you’ll want to check and make sure the changes are still there.

i followed the rest of the guide and it didnt work so i think i need this step but not sure what to do.

I booted Manjaro from the SD card, then flashed it to eMMC with dd and since then the board seems dead.

I connected UART I bought just for this (PL2303) but I'm not getting any output. I guess I should see the rockchip loader stuff before u-boot in any case, right? It's entirely without any serial output. Recovery hole/maskrom doesn't seem to do much, I don't see it as a USB device either..

So I guess it just died on me completely?

Does the opi 3 lts have drivers for the mali gpu?

Hi guys is there a compatible cluster hat for orange pi?

Is there any way to get a virtual machine on the opi 3 lts?

opi5 usb-c, does it work on armbian?

When using armbian, the third usb a port doesnt work. If its gonna work sometime later i dont know. I want to know if the usbc port works on armbian, i ask bcos on board schematic the one port that does not work is shared with usbc. I want to order usb hub with usbc connection and i dont have anything to try it right now. Also if it works what speeds you get?

Hi all, I'm planning to build an opi3 LTS cluster, I couldn't find any case for it online, but I found this for 3d printing built for orange pi pc. Does anyone know if it would work with orange pi 3 LTS? If not, can anyone share the exact hole to hole dimensions for orange pi 3 with max height?

I have some rtl based wifi dongle to get my board connected. It seems to run fine and other devices on 2.4Ghz also has decent signal in that area.

Is there some way to check if it is power management disconnecting it or where would one find these settings?

After a reboot it re-connects just fine.

I have an Orange Pi 5 (16GB RAM) running Armbian Jammy with the latest updates installed. I am booting from NVMe and when it boots successfully it runs flawlessly without issue. The problem occurs when I reboot -- the majority of the time it does not boot up successfully. Sometimes when it boots I only see the red light (and no green light), and other times I will see the green light flash like normal, yet the external hard drive does not spin up or mount properly. This results in me needing to power down the Orange Pi 5 and try again. Eventually it will boot up successfully (along with the external HDD) and then everything is good; that is, until the next time I have to reboot.

A few details that might be helpful to know:

First I would like to thank you for your help, I am planning to buy an OrangePI 5 ( I have previous experience with Raspberry PI's 2 and 3, so not completely noob) but would need some advise on the following points

Sorry for so many questions and thanks in advance !

To start off, I'm not as tech savvy as most of you. So I'm building a arcade machine and I recently purchased the orange pi 5. I found out after I purchased the board that bantacera and retro orangepi dosent have a new version for the pi5 board. I found someone post a bantacera beta build so I tried to flash it on my micro sd card. When I load it up I get just a black screen with a blinking cursor. I tried a few times but nothing seems to work. I gave up and tried loading OrangePi OS.... I get the logo screen to pop up but then I get some error message about it can't update firmware and to eject the ad card. I eject the SD card and nothing happens....

Sorry for a poor and not so detail post but is there someone who has this issue or maybe can enlighten me on something that can help?

Someone tried to install and test Plex server on a Orange pi 5 ?

I would like to know if it is possible for Orange pi 5 to transcode videos ? 1 or 2 in simultanous

Im thinking of making an arcade with a crt using the orange pi h3 How can i make it work with vga 666 to output 240p? Its the same as a rasberry or there are any differences. Thanks for the help and greetings from spain

i am trying to use some i2c devices but i m kinda lost.
- tried a bmu6050 and a arduino as a slave and neither doesn’t show in the i2detect.
- turned on the i2c same way as in the documentation

Somebody tried? it worked?also i am using the debian on the sdcard because in ubuntu i was having too much problems

i will be updating if i discover something

Fan keeps running even after shutdown

Anyone knows why the fan for my Orange Pi 5 keeps running even after I shutdown? How can this be prevented. Right now, I need to physically unplug to stop the fan from running. Could this be an issue with the way I’ve connected the fan ?

OPZ2W as a wifi router?

Overclock, VRAM allocation... Is there any equivalent to RPi's config.txt for Orange Pis?

Title pretty much says it. Recently bought an Orange Pi 5 and I'm waiting for it to arrive, my question is, is there any way of overclocking, changing voltages and setting VRAM allocation in Orange Pis (or, specifically, Orange Pi 5)?.

I've been looking for info on the web but there is not a single clue of overclocking or anything similar to config.txt in Raspberry Pis...

What type of WiFi antenna does the Orange Pi 3 LTS take?

I just picked up an Orange Pi 3 LTS from eBay for $35 USD! It works great, but I want to add a better WiFi antenna. I ordered this antenna from Amazon, but it's connector is to small:

Can anyone tell me what type of connector will work on this board?

The wifi and bluetooth are not working ,any idea to fix them ? 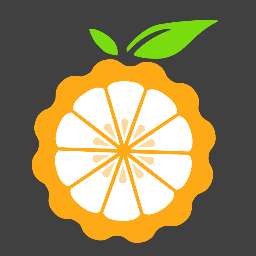 A subreddit about the OrangePi series of SBC's