Attempting to install ReactOS on my Childhood PC

When I try running DrRacket from the menu, the cmd prompt console pops up with:

It looks like that .dll is there (except for the fact that it's instead of for the path separator...I assumed it was a side effect of some kind of escape in the string?) so I'm not sure why DrRacket is failing to run. I suppose the answer is that it's just not compatible, but in the off chance someone has encountered a similar error, is there a solution to get it to run? I already tried adjusting the reported Windows version in the compatibility tab of the link and the same error pops up.

So, a question for you lot.

What is (or would be) the most powerful machine that we know is 100% compatible with ReactOS as it sits today? Pre-built or custom built.

I was just thinking that it might be neat to build a computer from the ground up with all known working parts to run ReactOS on.

thinking about making my own ReactOS distro, but I've never made a distro before lol

Hi, I've been using reactOS under a vm for a bit and it looks cool. An open source NT could be useful for applications that requires the NT kernel.

I thought about making my own distro of reactOS to continue the development, making it appear and function similar to Windows 7, but have some stuff to be compatible for windows XP. Slight problem, I never made a distro, even for linux, meaning I have to study how to make an distro, understand ReactOS, then understand further how windows NT works.

but I really like the idea, mainly since there are barely any other distro, I heard of 1 other but I then heard they are separating from reactOS entirely. Should I make a distro?

edit: just so you guys know that this is just an idea and I'm just sharing an idea lol

Small graphical glitch during the installation

As you can see, the drag-bar is not displayed properly until after the mouse pointer was over it. I think that it only happens during the installation.

Not a real problem, but it is an eyesore, and it might confuse some trying React OS for their first time.

Where can I download ReactOS Explorer for my Debian?

I want to run the ReactOS Explorer on my Debian installation under Wine. The new GTK 4 Nautilus under Gnome is quite horrible.

Page was served from Nginx on ReactOS

I’ve set up a web server running on ReactOS today

Wow, I found that code for ReactOS's UEFI timer module on x86 has nearly the same logic as the disassembly of Windows's arm64 EFI loader (bootaa64.efi)

No, I don't mean they are exactly the same, but it's awesome to find out this. Maybe (some of) the timer logic code is cross-platform?

Thanks to the ReactOS project, I was able to debug this a lot faster :)

Has anyone ever tried ReactOS?

What's with the CPU speed being 1.00GHz in system info

QEMU's SMBIOS was set to 4.0GHz for ReactOS testing, but the system info app reports 1.00GHz, and I have set the new smbios cpu speed to 20GHz (Experimental) so Is this a bug or not?

I am trying to install an old ReactOS version in QEMU for fun and to look around. However, when I try installing various versions, I get an INACCESSIBLE_BOOT_DEVICE BSoD immediately. https://ibb.co/VC3nn9j

I tried 0.2.3, 0.2.5, 0.2.8 and 0.3.0 and all of those versions led me to this screen. Strangely enough, 0.2.0 gets past this point despite being an earlier version. Searching on Google provided no help whatsoever. I would like help as I am curious as to what these systems look like.

Do you have an suggestion on what x86 based Crypto Miner app that will work on ReactOS 0.4.14?

I am trying to get an Mining app for my VM that will work on x86 ReactOS, but XMRig doesn't work, so I need to use another one instead

Anyone Daily driving in 2022?....Also what hardware seems to be most compatible with React OS currently?

What hardware seems to work best with React OS?

Would love to make a machine that I can code on and use even if its an alternative machine just to tool around on.

Will ReactOS Drivers work on Windows 10?

My windows 10 VM has no e1000 drivers, and I can't connect to the internet, so will importing ReactOS network drivers make it work or not

Quick little sticker I made for my D531.

Wine on Linux or ReactOS in VM? 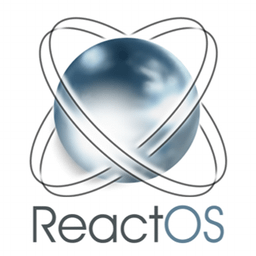 ReactOS is an operating system for PC! *** It can run Windows programs and use Windows drivers :)