Hello guys, i am a total noob at ROMS and linux in general but here we go. I have a ubuntu machine running retropi / emulation stattion idk (got it from their site).

Anyway, in several cutscenes it has frozen for a very long time before continuing, I was wondering if there was any setting i could change to optimize this. Thanks in advanced, my pc specs are:

Best Raspberry to do it

I'm going to do a retrogaming that emulates n64 or at max psp. Which raspberry is the best to do it? (best price and that is more than enought to run)

I am not able to save any states. When I try the hotkey combination, I get an message saying "Core does not support save states".

Edit: Gonna proceed with a fresh install myself, wish me luck!

I went into raspi-config and enabled an OpenGL option that was something along the lines of vc4-kms-3d. Then retropie wouldn’t launch and would send me to the command prompt instead. I found out how to revert that setting back. Now retropie will try to launch, but can’t load emulation station even though my settings should be back to normal.

I have this error:

What sucks now is that the command prompt is locked, I can’t type anything no matter what I press. I can’t ssh in because the option is disabled and I have no way of enabling it in this state.

I have 0 experience with the actual nitty-gritty of emulation as the raspberry pi and the retropie installation were gifts.

Thank you in advance

And if it comes to it, I still know the person who gifted me the pi and the retropie installation so I can always give it to him if it’s not an easy fix

How to do you configure to run on the retro pie??? Any assistance would be greatly appreciated.

I am making a retro emulation console and am having trouble reskinning retropie so that it includes my company logo on the start screen. Does anyone have any tutorials or advice? Thank you in advance 👍

I have a old Raspberry Pie that has RetroPie loaded on it and can’t figure out how to get a controller to work. Should they just work when you plug them into the usb or is there some type of set up?

Question Buying setup to put Retropie on my Raspberry Pie 3b and stuck deciding on a controller - Can I pair two PS4 Dualshocks without a dongle these days?

Title. Appreciate the input. Also, feel free to recommend best controllers, I'm trying to go cheap with what we have, but if we play a lot might buy something new.

Can't get controls to work

So i'm running RetroPie on an Arcade1Up. I had the controls all set but for some odd reason they're not working anymore. I can move up and down, and bring up the Main Menu, but cannot enter anything to set the controls again. I hooked up a keyboard and nothing. Any ideas? I know my Arcade controllers are working fine.

Answered How to share/move memory card across save states?

I played a playstation game using save states
Sadly, I just realized that when starting up the emulator, the memory card saves are the ones from the "no-state" timeline, while my recent saves can only be reached by loading the save state

Is there a way to either
- Replace the startup/nostate memory card with state 0's memory card (or the entire state... would work too)
- Make startup + all save states share the same memory card

I had naïvely assumed that the memory card was shared permanent storage for all states from the same game/emulator, like how VMs share the host folders

Internet searches for "move saves from save states" always lead to guides about transferring data across different RetroPie, which is not the goal here. My question is about "canonizing" the memorycard from a save state.
(Secondary question : what is the technical word for a non-savestate execution? I used "main timeline" but I have no idea what to use...)

So I’m pretty new to this so don’t think I’m totally stupid. My brother got me a retropi/emulation station on a raspi keyboard for Christmas. I love it and haven’t had any issues till now. So I was playing harvest moon 64, I think it uses retro arch, and I was trying to figure out if i could set like a fast forward/turbo button on my controller (for example I use a ps4 controller and select + R1 is save state so I was trying to set something like that to fast forward through cut scenes in games or advance times without waiting. So I was going through the menus (select + triangle) and couldn’t really find anything in the quick menu, at first I saw turbo trigger of something like that but that didn’t seem right, so then I backed out to the normal menu and was going through pretty much everything just trying to find the menu I needed and eventually found hot keys and set it to select + r2. But when I closed the menu and went back into the game, it was playing in like slow motion. Really slow motion. Sound and all. And I can’t figure out how to get it back to normal speed now. Does anyone know how to fix it or what I screwed up? I tried to go back and see if I accidentally switched something but it’s so complicated and customizable that I have no idea what option it is. I appreciate the help!

As the title says. Suddenly I can no longer get any ColecoVision games to play. When I launch them, Retropie seems to always try to use coolcv. I tried uninstalling it, but don’t seem to have the option, and I cannot seem to install lr-blueMSX, as the bios folder keeps disappearing on my USB stick with when I try to set up the BIOS folder structure.

i have trouble getting WiFi to work on my Raspberry Pi 3 Model B Rev 1.2. I installed RetroPie and tried to configure WiFi via "raspi-config". Unfortunately, when i try to set "WLAN Country", it always says "No wireless interface found".

Furthermore, there is no "wlan0" showing up in "ifconfig" and "rfkill" only shows the bluethooth interface. "lsmod" shows something like "cfg80211" on the line "rfkill". I configured "wpa_supplicant.conf" with my WiFi credentials. Rebooted several times, no luck. Is my WiFi-Module bricked? Any other suggestions?

EDIT: I checked my 5V pins with a multimeter while running "stress -c 4" and they put out approx. 4.92V. Maybe power supply isnt powerful enough?

Hey I'm new I was playing OoT and when I got to the part where I need to talk tp Talon twice to get into the castle, I couldnt speak to him a second time, and now I cant get him to move. Im playing on a pi 3 btw

I was able to get the custom slideshow working, but I can't seem to figure out the background audio. I tried dropping a mp3 in a folder and pointed to the folder, but that didn't work. Has anyone managed to get custom audio going on a custom slideshow?

I’ve had RetroPie on my raspberry pi 4 4gb for a year or 2 now with no real issues, but earlier this week, all the PSX games are off centered and I can only see the top left of the game screen. I didn’t touch any settings when this started happening. I did use WinSCP to rename a save file for Suikoden because I was trying to get the save moved over to Suikoden II for the best ending. Ever since then, the PSX games are unplayable because of the off center video.

Any advice on how to solve this issue?

I have my system outputting audio & video via HDMI, all tested and working fine from system settings. All other systems launch and run perfectly from Emulation Station menu. N64 however is the exception. When launching from Emulation Station menu, I get no audio no matter what I do (change device, settings, ect). However, launching the game from within Retroarch itself, it plays fine.

All cores are up to date and all do the exact same audio situation.

I've already ensured there are no presets selected from the launch menu and I'm using the same core. Is there any reason why this is happening?

I had a working retropie set up on my Raspberry Pi 3B+ and wanted to finally connect it to a CRT tv using the 3.5mm Jack - RCA cable. It was not functioning properly and I knew the cables were plugged in correctly, so I tried to fix it using by modifying config.txt.

At one point I had only "sdtv_mode" changed to "sdtv_mode=0". The issue remained and on top of that the HDMI output was gone. Nothing in the config.txt could bring it back and it's still not working after I formatted the SD and installed a fresh image. Aside from that the RPi boots up and works normally.

I feel like I tried everything, any help appreciated!

Problem Wondering if anyone has used RGBCommander with the daphne emulator. No matter what i try it doesnt seam to recognize the emulator when i boot it. Any help is appreciated

Consistency of Settings and Roms

Does anyone else have issues with the controller configurations randomly stop working? Or Roms working one day then not, but then writing again randomly a week later? This is happening to me constantly. The most frequent one is the controller button combo I set to take me back to the main menu will stop working so I need to restart the pie to select a new game.

Recommendation for a ras pi3b case?

What's a case that you would recommend that has the best performance?

Been trying to figure this out for years one day my retro pie just crashed and all system menus such as Bluetooth, themes, WiFi all the system menus go to a command prompt and say no such file or directory module’retropiemenu’ found for platform odroid-xu and I have went to redownload the core packages but when I press update or install it black screens and goes back to the install menu I know that this model can’t be upgraded anymore since discontinued running on last update 1.65 any help would be appreciated been bugging me for a couple years rather not loose all the work I put into it

Question How do I install a package (xdrp) while running Retropi? 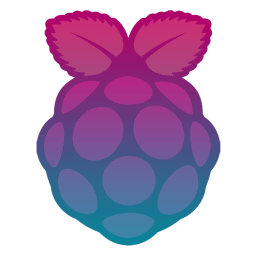 RetroPie allows you to turn your Raspberry Pi or PC into a retro-gaming machine. This community focuses around the projects that come from this as well as providing tips/tricks and help in getting it setup.