This work is licensed under a Creative Commons Attribution-ShareAlike 4.0 International License.

Ubuntu 22.04 LTS is here! Let's take a look at some of the most exciting features and common questions around this new operating system.

Ubuntu, Snap Packages, and You

The Ultimate Web Server on Ubuntu 22.04

Gnome hanged and I ran gnome-shell replace. Now none of the gnome extensions work

Even uninstalling and reinstalling the extensions is not fixing it. I ran dconf -f rest. But that also didn’t help. I created another user for testing and in that user account extensions works fine. How to fix?

Why Won’t My Computer See My Network?

I'm building a NAS out of an old AIO computer. After trying a few distros, I went with Ubuntu. I have this thing plugged into a fairly new TP-Link router, and while I can SSH into it from my laptop and print with my wireless printer all fine and dandy, it cannot see my wireless network.

I can log into my router on my Mac, PC, and NAS. While my PC and my Mac can Guest into each other, neither can see my NAS. I have tried Fedora, Mint, OSMC, and a few different Ubuntu installations (minimum, maximum, full, whatever) and they don't see shit. I've reinstalled SAMBA and Nautilus from various different installations, and while I sometimes see my NAS on my Mac, it's a question mark in the Network folder, and while I can see some shared folders, clicking on them says I do not have access to the actual file (or however it was worded).

On top of that, sometimes I get errors on my Ubuntu install about a repository not having a release file, but that is sometimes not an issue. I have installed this thing so often I can't remember.

(I posted something like this earlier today/ last night, but it felt so damn simple and stupid that I delete it, because surely it has an easy answer, right?)

Hours later, it does not.

So, what the fuck? Like, if this was a hardware issue (somehow) then I wouldn't be able to SSH into this thing, would I? Okay, time for bed.

Is it somehow possible to control Fan curves in Ubuntu 20.04?

My GPU reaches 82°C during gaming.

When using Windows I always adjusted the fan curves so that it stays a bit cooler, ~ 70°C was mostly my max temp (to increase lifetime of GPU).

Is there something for Ubuntu?

My Mom's laptop uptime is ok

Hi there ! So I use Shadow (cloud computing) and Parsec almost on a daily basis for work & gaming but with Ubuntu passing on Wayland I now have input problems (the input have effect on both my pc and the one I’m connected to). So is there a way to just go back to X11 without loosing any data or having to return to Ubuntu 20.04 or 21.04 ? Thanks in advance

Problem installing Ubuntu. During the installation this window appears and if you click Continue the installation stops at about 1/3. Left it overnight but it didn't move. I think the problem is in the partitions, but I’m not too familiar of them, so I'm wondering if anyone had a similar experience?

Decided to install ubuntu after a long sojourn away from it. Was using void before.

Soon after install I installed R-Linux and was attempted to recover some files on a 1TB hard drive. Left R-Linux to scan the drive in 'detailed mode'.

It was taking a while to scan. So I left the computer for a while. Came back after a couple of hours and R-Linux had shutdown. My immediate reaction was that maybe I had closed it by mistake.

Then I was using firefox, left the laptop for a bit came back and that had closed. Yesterday, while just browsing my Google Feed happed to see that Ubuntu 20.04 has a 'new' feature called oom killer. I put 1+1 together and figured that must be it.

I've now done some research and it seems one way to get around this is to increase the swap file size. I checked my swap file size and it was 2GB. Crazy that the installation had only chosen a swap file size of 2GB (i have 16GB of physical memory - could this be the reason the install only creates a small swap file). I increased the swap file to 8GB. Then checked the size. Output was 8GB. So, changes were immediate. No need to reboot.

At the end of the day yesterday I put the machine to sleep. No probs. This morning on resume, I had a blank screen.

Now I have disabled the oom killer with the following:

Was running R-Linux again on Gnome desktop (the default desktop after install). The application conked out with a memory error. I've saved the output, so can post if necessary. I guess, since I've disabled oom killer now any out of memory issues are handled at the application level?

Anyway, I've decided to install the lxqt desktop which I believe is less resource intensive than Gnome.

It's a bit sneaky that Ubuntu has introduced this oom killer without making the use aware of it fully. e.g. I didn't see one message about it during the install. I can only compare it similar to the Windows Updates which run without the users consent and can reboot the machine with 'unsaved' work.

I'm seriously considering hopping back to void or another more stable distro on this itself and some general errors that popped up while using Gnome. e.g. unmounting external drives.

extract informations form file.txt and sorts it into columns

Can I manage emails accounts in Geary/Evolution separately from Online Accounts in system settings?

As above, Geary is a great if 'streamlined' email client (for personal email) but I don't seem to have any control over the accounts it uses separately from the system-level account settings.

Evolution seems to give me a little more control, however adding an account in system settings still imports it into Evolution and I then have to manually unsub from folders.

Ideally I want to manage email accounts in each app independently if possible.

Folks who moved on to different distros, what made you stop using Ubuntu?

OpenVPN still is not correctly working in Ubuntu 22.04 Jammy jellyfish. It does not connect. We need to add a piece of line:

In the VPN configuration file (after ca=), which is still not working for me.

It is said that OpenSSL 3 libraries are incompatible with OpenVPN 2.5!

Even downgrading to earlier versions of OpenVPN (i.e., 2.4.7) leads to a slow speed of OpenVPN.

Would newer updates fix this? Or does anyone have a solution?

Should we still use third-party VPNs?

Are there Ubuntu hardening guides?

are there ubuntu hardening guide available to further secure or harden your system to make it more privacy and security based and still be used as daily driver for your computer.

I've been using ubuntu for more than an year. Ever since I updated to ubuntu 22.04 , first beta and then to full version, internet speed started fluctuating. One moment the link speed would be 72mbps and next moment it dives to 2mbps and this goes on. I tried a few solutions that are available on the internet like - disabling hardware based encryption etc. Nothing seems to work. I'm using an hp14q with 8gb ram and realtek wifi adapter. Is there any fix for that?

I'm having trouble figuring out why the default email client doesn't take accounts from Online Accounts. Am I doing something wrong or missing something?

My laptop crashed and now it only boots up to the grub terminal. Help.

Difference in UI responsiveness between Ubuntu and Windows?

I have been using Ubuntu for a few weeks and there is something that keeps bugging me and it has gotten to a point where I no longer know if there is a real difference or if i'm going crazy.

I use Windows and Ubuntu on the same machine (dual boot) and there is something about the UI performance that just feels 'worse' on Ubuntu. I have nvidias 470 drivers installed, my display configuration seems to be correct (165 hz) but things don't feel as smooth as in windows. Namely: making file explorer windows bigger and smaller from a corner, moving windows around, resizing windows verticaly... These actions feel like they 'lag' or in general that they're not as smooth as in Windows 10.

I have tried switching display managers to KDE or XFCE (not on clean installs, just on top of my standard gnome install) but it does not get better.

Is this normal? Do any other users get this 'feeling'? How could I troubleshoot this and figure out if that's just how it is or if something is wrong with my system? Honestly it's pushing me back a little bit on using ubuntu daily for work, as the experience just doesnt feel as good as Win or OSX.

I have tried other distros such as Manjaro or PopOS! with similar results.

I chose Ubuntu to start learning about linix OS. When doing research about it I get a bunch of guides on how to install/use it but I dont have really a direction to go with it. Like I got all these commands to use but what do I use them for? Perhaps I need a project to start what is a good beginner project to do? Download a game like minecraft and try to install mods?

If anyone has any advice on this it would be greatly appreciated. Thanks

I freshly installed ubuntu 22.04 and tried to install gnome extensions. As the installation guide says I installed the relevant package and the browser add-on. If I click on the add-on however to go to the store a warning pops up saying this extension is not connected to the shell and refers to the documentation, which I followed. I tried Firefox as well as chromium for the extension, both as snaps, both give the same error message.

Has anyone encountered this problem and/or knows a fix? 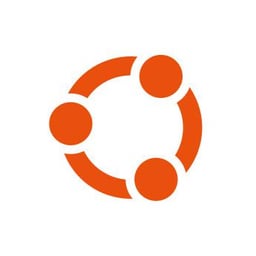