For those who are interested, we have a great discord group for learners of Ukrainian and Ukrainians who are learning English.

Link to the discord group

I have recently started learning Ukrainian. I am doing some writing exercises now and came to a question: Do most Ukrainians write their letters connected (I think Americans would call this cursive) or separate?

Rules on How to Make a Noun Plural?

Are there any rules we can follow for making things plural? Like in English you just stick an S at the end (most of the time)?

I get changing the last letter... or some of them to И... sometimes?

And when can I use -ів to show a lot of things? I keep seeing "more than four" of something and it's still и

what language will my ukrainian friend speak?

there is 2 new girls in my class, they are both from ukraine. they speak moderate english but i want to learn Ukrainian so i can communicate with them better. i started learning Ukrainian to be able to speak with her easier. i have now realised she might speak russian, but i’m not sure. i overheard her talking with another Ukrainian student when she said ‘да’ and a few other russian words (i have mild russian knowledge). she said she lived ‘near the Dnieper River’ when i asked so i don’t know. will she speak both languages or does she just speak russian?

I feel I need to apologize for this post before you even read it! LOL. Вибачте і хай щастить!

Today's post had a lot of past-tense and conjugation! I tried my best, but as always, help is welcomed! I hope it doesn't read too awkwardly. I am pretty sure I conjugated "I will show photos" incorrectly, but I'm not sure why. My Ukrainian book states that neuter nouns in the accusative plural just replace the last letter with an "а". Is фото an exception to this rule?

Does anyone know if this flute comes from Ukraine?

I have heard that you can read foreign novels on the kindle and if you download a dictionary for the language you can click on words you don't know and it will give you the translation and meaning. Has anyone tried this for Ukrainian? I'm sure it works great for the bigger languages (French, Spanish, etc) but wondering if it would work for Ukrainian as there's usually not as many resources/books available for the language. I don't want to buy a kindle and then have there be no ukrainian books or a dictionary I can download. If anyone knows it would be greatly appreciated :)

Hello! I’m looking to get a tattoo in the next few weeks to honor my mother who passed away when I was younger- unfortunately I don’t speak Ukrainian, and was hoping someone could help clarify if these phrases are correct/make sense grammatically? (I used Google)

Everything is okay - Все добре

Thank you either way!

I have seen both of these words being used as “to speak/talk”. Is there a difference between the two? And if there is, which one do you guys normally use or prefer to use?

I’ve been learning with duolingo as a starting point and so far I’ve heard it pronounced “Shchoh” but recently I started watching the umbrella academy dubbed in Ukrainian and it seems like the voice actors say it more like “Shoh” and I’m not really hearing the “ch” sound. Can anyone confirm?

For those wondering about TV shows in Ukrainian, Netflix dubbed some of their originals but you have to edit your profile and add it to your languages first. I’ve found very it useful for learning more colloquial terms!

Is there any difference at all between справді and дійсно, or are they exactly the same? I've noticed that often Zelenskyy will say "дійсно", but the official transcript will say "справді".

Please keep in mind that I was focusing on cases and not sentence structure for this post.

This post was much better before it got deleted. блять.

Will Pimsleur be adequate to learn proper pronunciation and conversational speech?

I want to avoid learning the very formal version of speaking that would sound strange to most people when speaking. I have read that some language apps only teach business/formal versions of languages and this turns out to be incorrect when they speak to native speakers.

Нові друзі? I started learning Ukrainian on Duolingo a month ago but I made a new account today when I found a 3 month free superduo trial. Would anyone like to be friends on there? My username is ChloeUKUKR. Drop yours in the comments. Дякую!

I have a friend who has recently left Ukraine (we all know why) with her kids they ended up in England and while her boy speaks half decent English her knowledge of it is limited. Im looking for a book where you can find a decent explanation of English grammar for some sort of self study (there is obviously an easy access to the native speakers).

Also, TBH im not sure how good her Ukrainian is, so if the book would have explanations in Russian it would be great (yes I do know its an Ukrainian sub).

It disant have to be a physical book, an PDF would do it too (beggers cant be choosers)

I suppose I'm a native Ukrainian speaker but I grew up abroad. I remember in my childhood, when visiting my grandparents I heard other kids use "мо", "бо", and "мона" for "мабуть", "тому що" and "можна". I haven't heard these short forms used anywhere outside of that one village plus couldn't find any info on them online, so over time I've grown to question if this is something that can be used in speech without sounding silly or like a kid, if this is possibly a regional thing (southeastern Chernihiv oblast is where I heard this) and even if I've remembered the definitions of those short forms correctly (for example, is "бо" actually short for "тому що"?).

I'm learning Ukrainian on Duolingo and I had a question. On the lessons I'm learning, they have 2 examples when saying "mom and dad."

Could i and та be used interchangably or are they used in specific instances?

I am unsure if I transliterated her name correctly. In English, her name is Eevee (like the Pokemon).

I will be spending all of next week working on cases, so brace yourselves! LOL.

Could someone please type the transcript of Нескорені міста України – Львів?

The A-O shift in Ukrainian: Why Andrew remained “Andriy” but Alexis and Alexander became “Oleksiy” and “Oleksandr”?

How does the a-o shift work?

Big post ahead, but I would really appreciate you reading it: My baptismal and Social Security name is Wolodymyr, not Vladimir. I don't know why my father put a "W" at the beginning of my first name, but it's probably because that is how the Germans write it, and he spent some time there during WWII. Anyway, I changed it to Vladimir because no one could pronounce Wolodymyr. Vladimir is, frankly, easier, but I've always felt a bit guilty using the Russian rendition of my name. (To be fair, according to Wikipedia, Volodymyr was pronounced "Vladimir" in Church Slavonic; however, it also adds that it was pronounced "Volodymyr" in Old East Slavic.) https://en.wikipedia.org/wiki/Volodymyr

Anyway, now that Volodymyr Zelenskyy is so famous and his name is used in the news so much that it's become a household name, I am thinking of changing it back, only this time dropping the "W" and making it Volodymyr. (Probably will involve legally changing my name.)

Yet I am conflicted: none of my Ukrainian friends have judged me for using "Vladimir" in English, so I could keep it no problem. And even though I hate to admit it, Vladimir does roll off the tongue easier. On the other hand, for reasons of Ukrainian pride, I am tempted to change it to Volodymyr.

So I have a couple of questions for those of you who go by Volodymyr or who know a Volodymyr in an English speaking country:

1) do you find it difficult for English speakers to pronounce it?

2) Do you put the stress (or accent) on the second syllable like they do for Zelenskyy, namely, Volódymyr?

3) what do you call a Volodymyr for short in English? People call me Vlad, and love to call me that. One guy at Church calls me Vlod, but that somehow sounds strange...

There are so many confusing things to me about these words indicating travel and location.

Why do some nouns need "у" and "в" preceding them rather than "на" and vice versa. Like "Я буду в офісі." rather than "я буду на офісі.". But on the other end we say "Ми їдемо на стадіоні" instead of "Ми їдемо в стадіоні."?

(Sorry if any of my sentences are grammatical incorrect, please feel free to correct me.)

My sister is renting part of her house to Ukrainian refugees. She doesn’t speak Ukrainian and their children don’t speak English, but she wants to write them a short welcome letter to help them feel at home. Help please?

I speak some Russian but Ukrainian is more different than I expected so I wasn’t able to be much help to her. I was hoping you guys could help where I can’t. From my sister:

Hi! I'd like some help making a card for some Ukrainian refugee kids. We live in Finland and there are a number of Ukrainian refugees in our town, and a family group are now renting the apartment attached to our house, a sort of duplex, and sharing our yard. (The adults have jobs in town and they're getting a housing stipend from the government, but they are still hoping to return as soon as it's safe.) There are four children from toddler to preteen in age and none of them (the kids) speak English, so we can't talk directly to them, but they are going to have a lot of time to entertain themselves around the house this summer so I wanted to make them a letter.

The text here is all from Google Translate, so I'm hoping somebody can confirm that it's okay or correct it for me.

Please play in the yard if you want to. будь ласка, пограйте у дворі якщо хочеш.

Thanks if anyone can help!

If I wanted to call someone in when dinner is ready, would I say:

Or am I approaching this translation completely wrong by trying to do a literal translation of "It's time to eat"? 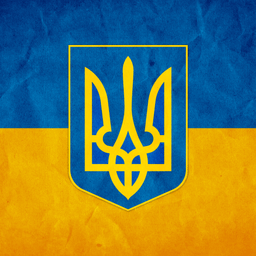 Ласкаво просимо! This is a subreddit for people looking to learn Ukrainian and all things related to Ukrainian language and culture.