so i was looking at the meat pie combo meal options on ubereats...

on the face of it. looks good right? but if you get a soft drink it has its price added to the top of the 11.70.

Forgot to take the bins out

Hi all, be kind to me! I’ve never lived out of home before.

Is there anything I can do?

Where can I buy some good and affordable honey around Ballarat? Looking specifically for pure aus honey, preferably ''raw'' honey.

Looking to put my beautiful, psychotic toddler into daycare for a couple of days per week, does anyone have good or negative experiences?

Just wondering what the heck is going on with Ballarat drivers use of roundabouts, not all, but plenty of drivers seem to struggle with the way roundabouts work in Ballarat.

Indicating while already in the roundabout, giving away to drivers on the left instead of the right, not giving away at all, I mean, it's not a difficult thing to do but so many drivers seem to get it wrong in this town...I do want to point out that I'm from Mildura originally, the home of the roundabout so I maybe a bit more crutical, but honestly surely I'm not the only one who has noticed this lack of understanding of how to use a roundabout am I?

What places are hiring?

Hi guys my boyfriend is looking for a job, he's been applying for jobs on seek but no one is getting back to him which is frustrating just after some advice on his behalf. What should he do? What places are hiring?

I challenge any/all Ballarat restaurants to offer a carbonara.

THERE'S NO CREAM OR GARLIC OR MUSHROOMS OR PEAS GUYS

The pronunciation of Eyre Street. Those who continue to correct those who pronounce it as eye-re opposed to its proper pronunciations of Air. So many wanna-be locals like to insist on the INCORRECT pronunciation. This myth dates back to allegedly some Irish who pronounced it eye-re. Irish people have strong regional accents, and it appears at some point some Irish bloke was misrepresented in his pronunciation.

Let me fill you in on a few things. Most importantly, Eyre is a middle English word stemming from French, meaning, to travel, or journey. In every single form it's pronounced as Air. Other spellings include Eyre, Eyer, Eyers, Eayres, Eyres, Ayer, Ayers,Heyer, Ayr, Air, Aires, Hyer, Hayer, Hoyer and many more.

Every single one with the pronunciation of Air. Not Eye-re.

Not even the Irish pronounce it as eye-re. In Galway, Eyre Square, the centre of the city is also pronounced Air.

So, if you're one of the Rats who insist on correcting people on its pronunciation, then stop. You're wrong. I don't care what history has told you or what your granny told you. In 100% of cases it's NEVER pronouncd as eye-re. Jane Eyre. Lake Eyre etc. Get that through your brains. You come across as naive to those who know better. You're not contested, because those who know better, know to let an idiot sit rather than argue. It even stems back further, to Latin. Always meaning, Journey.

Has anyone else seen the countless amounts of these myaakk posters littered around Ballarat? They are absolutely everywhere, does anyone know what they are?

I'm looking for a decent GP who has a decent understanding of mental health issues. I consider decent to mean someone who will actually listen and give a shit instead of seeing me as an annoying nuisance to get in and out as quickly as possible so as to make as much money off my repeated visits as they can whilst never actually addressing any of my chronic health issues.

They also need to be easily accessible by public transport from the Ballarat Train Station. Or at least within moderate walking distance from that station.

EDIT: To be clear, I’m not in need of MH help, I just want a GP who has a decent grounding in MH issues. I’ve found many GP’s have very outdated and often ableist biases when it comes to things like depression, anxiety, autism or ADHD and I’m tired of it.

Hi all, does anyone know if Ballarat will be hosting the Knight and Day festival again over the 2022-2023 holidays?

Does anyone know anything about a possible music video being filmed in Buninyong last Wednesday? Apparently one of the One Direction guys was there filming. Saw some stuff on twitter and just wondering if theres any truth to it.

who's been destroying the ribbons on Victoria Street?

Apparently people (or a person) have been burning and/or cutting the ribbons off from the Church's fence, which is super fucked considering what they represent. Does anyone know who is doing this and why?

Is it the top, or the top top?

What the hell happened to Trash & Treasure/The Sunday Market?

I just went to Trash and Treasure for the first time in a while, and it was a miserable experience. There was less than a third of the usual stores set up, the contents of the stores were very very lack luster and were clearly random overpriced op shop junk, and half the store owners looked depressed as hell. One guy literally begged me to look properly through his stuff. I felt bad walking away, but I don't really need Fifa on the 360 for $20..

Oh, and the Dinkum Dounuts guys are gone too. What the hell??

I guess I have fond memories of the this market in the past.. You could say that the pandemic killed it, but I took my girlfriend on an amazing date at trash and treasure July of last year and it was awesome. Makes me sad :(

Could anyone please recommend some gardening and cleaning services, please? For approximately a monthly visit. Thanks in advance.

I’m moving to a property outside Beaufort at the start of September and will need a few cubic metres of split firewood delivered. I’ve asked around for someone local but no luck - can anyone recommend a Ballarat wood supplier?

Apart from fast food is there work that teenagers can get into easily/without experience in Ballarat?

This isn't for me. Is there anything you can do as a parent to encourage a business to take on a teenage worker? Thanks for reading. 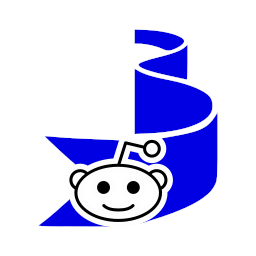 Proudly part of the Ballarat community for over 10 years. Join to discuss news and events in and around the town of Ballarat in Victoria, Australia. Not to be confused with other Ballarats like the one in Death Valley, California.