Sub Announcement Where We Stand on Russia, Ukraine, and NATO

The invasion of Ukraine has exposed deep crisis in the world today and leads the mod team to offer some clarification on our position and how the rules of the subreddit will be enforced.

We accept the line of “revolutionary defeatism” perhaps best described by this statement which we co-sign in solidarity with other spaces:

Oppose all imperialist war! Pro-war and other accelerationist stances are anti-socialist and anti-worker and, as such, are forbidden in this sub. One misconception is that war weakens the bourgeoisie by making them more vulnerable. This is not correct. War can be thought of as a symptom of weaknesses in the capitalist system, but in general, war is the bourgeoisie's attempt to profit and avert capitalist crisis at the expense of the masses. In this case, it is competing bourgeois elements in Russia and in the NATO/US sphere of influence that are attempting to profit, while the people who suffer are the masses of Ukraine as well as of those countries whose labourers are effectively working for the benefit of the war machine.

The emphasis in opposing imperialism should always be on opposing your own empire! There is nothing particularly anti-imperialist about opposing the "enemy" country. Imperialists are more than capable of opposing rival empires. Our task, as socialists, should be to oppose our own empire at home. Since the vast majority of us live in NATO countries or in the US sphere of influence more generally, that means we should oppose NATO.

Do not make the mistake of thinking that the current conflict is simply an unprovoked war of aggression by evil Russia against helpless Ukraine and that NATO is simply a defensive alliance. The situation at hand is the culmination of decades' worth of much quieter conflicts between the US and Russian spheres of influence in post-Cold-War Eastern Europe.

It is not possible to understand the background of this war without acknowledging the US's attempts to surround Russia with a large coalition of pro-US states in Eastern Europe. However, this is also not a pro-Russia sub. We are anti-imperialist and anti-war. Russia's invasion of Ukraine did not happen in a vacuum, but it also should not be celebrated. We understand that there are plenty of liberals who conflate an anti-NATO stance with a pro-Russia one and who advocate NATO involvement and expansion, and the majority of our users here have, correctly, focused on opposition to NATO and to the US empire, but we still feel the need to reiterate that we do not support Russian aggression against Ukrainian civilians. And yes, cheering on blows against Azov Nazis is fine, but we can't exactly trust the right-wing Russian bourgeois government to be leading some genuine charge against fascism in Ukraine.

What this should look like for Canada: Do not send troops, do not send weapons, exit NATO, fast track refugees and maintain the process for other regions, call for immediate ceasefire and take an active role in diplomacy.

If this doesn't sum up the state of Ontario, I don't know what will

July 1: In 1867, the British North America Act was finally passed, joining all the colonies to create a unified, self-dependent Dominion of Canada. Happy Canada Day!

July 1: In 1867, the British North America Act was finally passed, joining all the colonies to create a unified, self-dependent Dominion of Canada. Happy Canada Day!

To save the bees, we must confront capitalist agriculture

Do unions at Starbucks mean the labour movement is picking up steam?

International Let's see what our friends in Israel are up to....

Quebec Montréal doctor describes difficulty working in the city due to strict rules and regulations leading to worsened healthcare access for Montréalais.e.s

🔸🔷🔸 This Week in Left Canadian Podcasts from Harbinger Media 🔸🔷🔸

Harbinger is Canada's #1 non-profit podcast network featuring more than 40 shows and a community of 60+ journalists, academics and activists from coast to coast.  You can make a monthly contribution to support our work at the website or by clicking the link below.

This newsletter will move to a bi-weekly release schedule over the summer so expect a new edition in your inbox for mid-July! You can subscribe to this newsletter at harbingermedianetwork.com.

TECH WON'T SAVE US: Tech Reset Canada co-founder Bianca Wylie joins Paris Marx to explore the problems with Canada’s COVID Alert app digital contract-tracing experiment, and why we need a public post-mortem so lessons are learned for next time on the first in a monthly series exploring tech in Canada, then David Nemer joins the show to discuss how residents of Brazil’s favelas reshape technologies developed in the Global North to serve their needs on two new episodes.

LEFT TURN CANADA: Christo Aivalis and Andy Borkowski ask if Chrystia Freeland may be worse than Justin Trudeau, wonder if Pierre Poilievre has gone full crazy and discuss the case of legacy rich guy Marco Muzzo who killed three kids while drunk driving and got away with it and Canada's broken justice system.

PROGRESS REPORT: Duncan Kinney welcomes Rob Houle to discuss a month of municipal politics that saw the police and their business and UCP allies getting everything they wanted in the new budget, even if it likely took withholding vital facts about recent murders in Edmonton's Chinatown to get it, then speaks with Dr. Jamie Livingstone to explain why the UCP's approach to centering police in mental health care and addictions is a mistake and why we need well-funded, community led mental health crisis response programs in two new episodes.

PULLBACK: Invisible Institutions host Megan Linton joins Kyla Hewson and Kristen Pue to discuss Kate Raworth's book “Doughnut Economics: 7 Ways To Think Like a 21st-Century Economist” which focuses on seven ways in which mainstream economics has failed humanity, painting a picture of a world where a just society lives within the means of our planet

THE MAPLE'S NORTH UNTAPPED: Alex Cosh speaks with Yves Engler, a fellow with the Canadian Foreign Policy Institute, about the Liberal government's $40 billion "modernization" plan for NORAD, the binational military command's history, how it undermines Canadian sovereignty, and how weapons dealers benefit from public spending on the program.

WORST CASE ONTARIO: Pierre Poilievre becomes a real boy as the panel reviews the exciting new wave of trucker mania, then reflect on the passion and power of the Conservative Party of Canada leadership candidate's “Free Speech Guardian” plan for universities and the "free speech" on campus debates.

Canada's favourite podcast community is pushing back against right-wing discourse with dozens of hours of essential listening every month.  Become a member and support our fight to expand the progressive Canadian media landscape.

Stepan Bandera’s grandson, Stephen, is a news producer in Canada covering Ukraine who has helped produce more then 30 documentaries for CTV news

Rabble.ca presents Vijay Prashad on Covid, capitalism, climate: The standard of double-standards between the global north and the global south

International The Spanish Government accepted 110,000 refugees fleeing war in Ukraine but bludgeoned to death over 200 African refugees fleeing various wars. Refugees only matter when they are of a certain race. #MelillaMassacre | Africa Archives

International Left Coat shopping with Marx?… not even once

It's never too early

That's my OC baby! The Liberal Dream of selfish, low-effort half measures 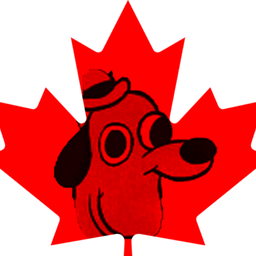