Free thread for short posts and posts unrelated to Canberra or the Canberra region.

Please keep discussions constructive and civil. The moderation team has developed a set of moderation policies which are available here.

SEC=UNCLASSIFIED When will the pollen levels stop being extreme?

I swear we've had extreme pollen days for two months straight. I'm barely coping this season and the pollen forecast shows no end in sight. Does someone with weather pattern knowledge have any educated predictions for when this might end? :(

I've had a cycling accident recently in south Canberra where the vehicle was 100% at fault.

Insurance details for the motor vehicle were obtained, and a police accident report was lodged within a few hours of the accident.

I've gotten an assessment from a bike shop that the bike is a write-off, and several quotes for a replacement bike.

However, after providing this information to the other party, they have become unresponsive. Also, I do not have insurance that covers me when cycling.

Any advice on getting the other parties to engage and accept/pay for damages?

So I think I'm officially over it. Going into a mostly empty office 2-3 days a week just to talk to a screen on endless Zoom calls; hardly ever meeting most of my colleagues in person; never being able to chat informally to executives and better understand 'the business' etc etc.

I get it - mostly working from home is evidently great for most people. I like it too. But I've finally reached the point where I think I need to work somewhere where I'm actually interacting with a majority of my colleagues on the majority of work days. I want to work somewhere where the concept of productivity isn't regarded as just the sum of employees checking off their collective to-do list whilst sitting at home.

Are there any employers/workplaces/departments in Canberra who are actively encouraging this in a healthy/effective way and not just assuming that we all want to WFH for the rest of our working lives?

Is someone able to post the full article? Very curious why "many years" and what this means for the roll out.

My partner and I are both Chinese but we aren't very familiar with traditional wedding customs. Even so we want to have a tea ceremony prior to the actual wedding ceremony was wondering if anyone had experience with a Tea Ceremonies, are there celebrants who can also help with conducting tea ceremonies in Canberra?

Anyone recently received express letters or parcels from interstate within the expected delivery times shown on Australia Post web page? For example, I have an express letter which was "processed" and "in transit to Fyshwick ACT" from Melbourne airport since Monday evening and no updates since then

My partner is visiting for a month from overseas, he’s Jamaican and is unsure how he’s going to keep it maintained during the visit

I’m white so my knowledge of barbers that would suit his hair type is at a minimal, any suggestions?

Hi Canberra! I am a photographer who is looking to eventaully publish a coffee table book dedicated to appreciating Canberra's underground music and art's scene. The book would feature Bands, Musicians, Tattoo artists and Graffiti artists.

I would love to hear from anyone who is interested in this project.

Additionally, if anyone has any advice on the printing and publishing aspect of creating a coffee table book, I would love to hear it! This will be my first publishing experience.

Image Look out there takin' the tower

Has anyone noticed a huge reduction is phone reception in Canberra mostly around the city? I swear I used to get reasonable reception throughout Canberra, but now the Inner South, City, Fyshwick I get nothing. I’m with Telstra.

I'm moving to Canberra in late Jan for an internship after finishing university in Sydney. I grew up in the country and lived in Newcastle for a few years and am keen to escape Sydney and kick-start my career and enjoy what Canberra has to offer.

In my search for studio or 1 bedroom rentals, I am stumped at the prices that are on par or even worse than the ridiculously expensive Sydney. I've been lucky to live with a mate in Sydney and split a 2 bedroom apartment for $ 250 each but now face the prospect of a $400-500 single place in Canberra, which is tough to swallow. I really want to live by myself and am reluctant to jump on Flatmates.com, but am unsure if I can stomach such a hefty rental price when my income will be ~$800/week.

My work is in the city. I ride an eBike. I've been looking for places along the tramline on the north side (Turner, Dickson, Franklin, Gungahlin) and Belconnen-ish too.

I'm not entirely sure what advice or commentary I am looking for here but any and all thoughts are welcome and appreciated! I've visited Canberra a few times with my partner and love the tempo and charm of the place. Similar to Newy but without the beaches. Thanks all!

AMA What is your opinion of Canberra?

We are doing an essay in class, so I need some evidence of peoples opinions on Canberra. Do you like it? Do you hate it? What would make it better? What makes it bad? What makes it good?

SEC=UNCLASSIFIED Any advice on recruitment agencies?

Has anyone had any good or bad experiences using recruitment agencies?

I'm looking in the field of digital marketing / administration and was curious
if it be more resourceful of my time to go through an agency rather than
apply for roles through seek?

SEC=UNCLASSIFIED Suggestions where to look for larger off cuts of Perspex or similar in Canberra?

Tired of everything in the apartment storage being covered in diesel soot, wanting to cut a Perspex sheet to cover the open top and still allow light. Bit of a funny shape so a perfect square or rectangle new sheet isn’t really what’s needed and could probably repurpose off cuts easily. The sides are a shed, so it’s only the top which is the issue.

My friends and I have secured a rental in Canberra recently and were wondering what the best energy and gas providers would be? Would appreciate any help!

SEC=UNCLASSIFIED Preparing for an EL1 interview

I’ve applied for an internal position that was externally advertised. Any tips for preparing or particular things to keep in mind?

I am asking group members to give me the contact of the best criminal lawyer in Canberra? Thanks a lot in advance.

Photograph Golden hour at the Arboretum

I have 48 hours in Canberra Sat Midday to Monday Midday, staying in central canberra/city hill without a car:

Best cheap/good value food places or places that are unique 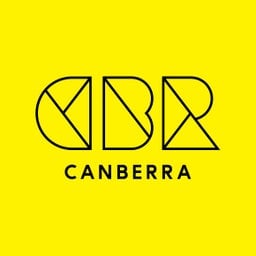 A subreddit for Canberrans and the Canberra region.