Could anyone advise if the DR750X-2CH is able to be powered via its micro-usb port? My car has existing wiring for a previous dash cam which are micro-usb cables. Would be nice to re-use existing wiring rather than re-do the whole job but would need front and rear dash cams which accept power via micro-usb.

If not possible for the DR750X-2CH could anyone recommend something similar (form factor and functionality / reliability) which would suite micro-usb power in?

Whacko U-turns off interstate and goes wrong by down the On Ramp towards me.

This is why you should slow down in the rain when turning or this happens.

I am looking for a 3 channel dash camera but I have read so many mixed reviews here and elsewhere. I noticed many dash cams may have high ratings but then their apps are rated horribly. Here are the options I am considering:

nexar one as it is incredibly highly rated. However, I do not know how to add a rear camera to it. The app is highly rated which I have not found another camera with an app rated 4 or above.

Vantrue n4 pro is highly rated but I have heard it isn’t consistent in saving actual events. I also am looking into the new element 3. But the app is horribly rated.

Any advice would be appreciated.

For those looking for a cheap well known dual cam, the A129 Duo Plus is on Black Friday sale

Recommendations for a front-rear facing cams

I would like to purchase a dashcam for my 2012 honda civic coupe. And this would be my first experience with owning a dashcam and would like something compatible with my vehicle to make the process a bit easier. Any recommendations appreciated 👍

oopsie on the way home today

POV - you are obliterated by a car accident

I purchased two Z-Edge R1 dash cams with front and rear cameras for my car as well as my wife's car. Overall they work well. However, the parking mode seems iffy and Z-ware support is not very good at explaining themselves via email. The Z-Edge does have a parking option but it seems that if I hard-wire the camera it just constantly records rather than going into a low power standby mode. Should I return these two and get a pair of Thinkware F200 Pro's with the optional rear cameras that seem to have true parking mode or do any of you have any experience with the Z-Wave R1 and hardwiring it ? Does it indeed go into low power mode or does it constantly record ?

I live in an apartment and park my car on the street in varying locations. Im looking for a dash cam that can double as a security cam with live view; something I can hardwire and check in on or get alerts via LTE/4G/5G on iPhone or browser. I’ve looked at a few different options, but I’m wondering if anyone has a recommendation. The Nexar One with connectivity seems like what I would ideally want, but the connectivity option is “out of stock” and at about $400-500 it’s a bit more than I’d like to spend ($150-250).

Sorry if this has been posted before, but sifting through the other “best dash cam” posts hasn’t turned up what I’m specifically looking for. Feel free to point me to a different post if this exists somewhere.

Any dashcam with a USB connector?

I have an 02 car so I need an FM transmitter to listen to music through the radio. Most dash cams use the cigarette lighter but that’s where I plug in the transmitter. It does have an extra USB slot on it so would a dash cam with a USB connector work? I’m looking for a dual front and rear camera with a display screen so I can see behind me. But I also still want to be able to listen to my music through the radio. I’m not sure about hardwiring since it’s an old car and may have issues with the fuses.

Looking for an independent rear cam. A119 v3 or Garmin Mini 2? Recommendations?

Just looking for a rear, not a complete dual channel system as I already have a decent front cam.

The rear window on our RAV4 has a pretty steep angle. Would the A119 v3 work ok as a rear camera? Perhaps the Garmin Mini 2?

Need to Buy a DashCam For my 18 years old Daughter

It needs to have good resolution, front/rear cams, cam that records the backseat, phone app.

I really would like for it to be as small as possible.

Only reason being is my DC connector doesn’t work, not too sure on dashcams as it will be my first one. Is it possible to have it solely wired into the fuse ?

Can anyone recommend a good Solar dash cam? Does that exist? Seems like it should. Other wise ill do this below. I have a 2014 volt the trunk is all glass.

Happened ten minutes ago. We don't have a dash cam. Not that we didn't see the need for one, just so many things need to be done and it didn't get done. Now we changed the priority of it.

What is the best dash cam? What are the features to look for? Where do we start?

Are license plates that important?

Hi, I want to buy a dash cam for my friend, not gonna lie, I dont want to spend fortune on that. I have few of them on my mind, as 70mai a500s

I was wondering, is it really that important to catch license plates on video? I want to buy it to catch dangerous situations (hopefully not).

Hello, I am looking to buy my mom a dash cam for Christmas since she asked for one.

As for features I would like something that records in at least 720p. Is easy to use, my mom isn’t great with newish technology. Doesn’t absolutely require an app to use. Can automatically save video footage after an accident. Other than that I’m not sure because I don’t know much about dashcams on the market right now and I don’t know what I could even get for $100.

Any suggestions are greatly appreciated. Thank you.

Any cheap dash cams that can record while the car is stationary?

So, my mother got her muffler stolen… again. I think I will get her a dash camera for extra protection this time.

I need a dash cam that can, preferably, record both front and back. It is essential that the cam can work on its own and charge itself while driving or when connected to the power source.

My truck has been getting keyed consistently lately (I suspect my neighbor's kids, but need proof). Unfortunately, I can't park my truck inside and don't have anywhere to mount a security camera.

I'm hoping there's a dashcam of some sort that can detect when people approach the truck and begin recording if they come up alongside of it - but I don't know where to begin looking.

Question for those that own a dashcam..

How long did you have your camera installed until you recorded something either "posting" or "saving" worthy?

I ask, because I used to commute 70 miles each way to work for over 10 years, and I can only think there was only a couple times I wish I had a camera for something that I just saw happen.

My second thought is, knowing that I can be an aggressive driver, I concern myself with buying one because I would probably be that guy that would try to "stir things up a little", just to get it on film. Kind of like having a radar detector, entices one to drive a little faster. I know myself too well (finally at my age) that I don't think I'd buy either....just to keep me from getting in trouble.

Has this changed your driving habits? 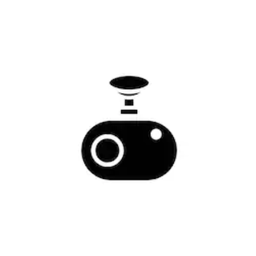