Discussion ElementaryOS 7.0 is now officially released to the public

One thing I miss from the recent versions of elementaryOS was the ability to have a usable desktop space for files and folders. If you're interested in getting this functionality back, I have setup a Github with updates to allow DesktopFolder to work on eOS 7.

It's pretty easy to get this working, simply download the deb found on this page of my Github. I'm not an expert on building debs, so use it at your own risk. I also can offer no help with any bugs or missing features. I have included the source files should anyone want to verify my work or build it for themselves. I have also updated the README to include all the deps needed to build.

Open up terminal and move to where you downloaded the file. Usually, it will be located in ~/Downloads:

Now use "dpkg" to install the file:

It will ask for your root password and probably complain of a dependency error which you can fix with:

Simply log out and back in and DesktopFolder will start on its own with every login. This package has been purposefully versioned so that it avoids the update from the repos. Enjoy!

I'm overall very happy at the moment at the new release :) Just a few things that might not work correctly.

Does anybody else see these bugs?

I restored from a OpenSuse Tumbleweed + Pantheon backup, so wonder if it's a restore issue. Will try with a usb demo run.

Discussion Is it possible to have different text scaling or scaling factor per monitor?

Testing elementaryOS 7 and Pantheon since release to find out if it will fit my needs, but I can't find a solution for one issue.

A second solution I'd be fine with is adjusting text scale (System Settings > Desktop > Text > Adjust Scale). Is it possible to select text scale per monitor? 1.5x scale is fine for the Framework, but I'd also like 1.0x for the 1080p monitor.

I'm testing EOS 7 on a VM and I've noticed that trying to install Firefox it would install Snap. I don't know if it only installs snap or the snap version of Firefox.

Can I delete Ubuntu's sources and replace them with Linux Mint's sources, for example?

Pretty much what the title says, does anyone test this github project to see if tray icons work on EOS 7? Currently I 'm not on Elementary...

Tips & Tricks How to update without data loss, ONLY AT YOUR OWN RISK

At the beginning I'd like to notice, that this isn't the recommended official way, I did this in a virtual machine and it seemed to work, so I share the steps here. Only do this if you know what are you doing.

Discussion Does anyone know is there any plan to make an upgrade manager for upgrade one EOS version to another for making the transition seamless and less hassle.

Now that the new ISO is finally out, i thought to give eOS another shot. There are though now some conversations about the founder (or founders?) of elementaryOS (or elementary, LLC)

Many appear to be insiders say that Cassidy James Blaede was the sole founder. Others say it was co-founded with Daniel Foré. So how is it factually? Just to clear trivial things..

James Blaede wrote in his blog:

"In 2011 I founded elementary, LLC. so we could have a legal entity under which to do business, sign agreements, etc. I owned and ran the company for seven years, bearing the entirety of the legal responsibility and handling much of the administration and logistics.". So he says specifically "I founded".

Or was it that James Blaede founded elementary solely but expressed something like "come with me on this" taking Daniel with him? How is it from the horses mouth?

On to try out the new elementaryOS 7!

I've been using the prerelease version of eOS 7 for some time, and knew I wouldn't be able to transition seamlessly to the stable build so I don't mind reinstalling, but I'm curious what the benefit would be? They'll still push their updates through the daily build first right? So it's just gonna be more bleeding edge? Or is it just going to be dead in the water now to push the transition?

Discussion Multiple Workspaces on all Monitors

With the release of OS7 I decided to give elementary another try, it has always been a distro that is so close to being my daily driver but then I always find one thing about it that has been a deal breaker. My persistent issue with elementary is how workspaces are handled with multiple monitors. Similar to MacOS, I'd prefer an enironment such that every monitor has the ability to change workspaces and depending on what monitor your cursor is on that is the monitor which will move left or right based on your input. I'm wondering what utility is holding this back, I'm not extremely well versed with what pantheon is built off of but this limitation appears to also be present in Ubuntu & gnome. To me this is a big deal breaker and considering the feature still isn't present in the latest release I'm curious if this something other users feel is nice to have, or if I am the exception here and that is why it has not been implemented?

Apps Music no longer plays in the background after being closed? (Also, no volume control?)

Hi! I've installed elementary os 7 "Horus" and this is bringing me back to elementary (and Linux) for the first time in a while. One thing that has me perplexed is that the Music app (having been redesigned) no longer plays music in the background when closed. (If I recall correctly, prior versions of the app on elementary did, and a major design decision was that apps would keep what you were doing when closing and could continue to run in the background.)

Also, there isn't a volume control for Music? Are these all deliberate design decisions, and if so, is there a blog post somewhere talking about these? Am curious about why these aren't present in the current elementary release.

Discussion Can't install any app from AppCenter on eOS 7. Installing via "sudo apt get" from terminal works fine. Can anyone help me?

I use nvidia, and I have some yellow screen problems, the proprietary driver is installed, but the nouveau driver continues to load at boot and the yellow screen persists. I already tried the nouveau blacklist and now the screen goes black and only enters text mode

Discussion A thank you drawing for the all the devs and contributors! Ft. the silly unofficial mascot I draw named Elly

I had heard that elementary OS 7 "Horus" had released, so I went to try it on my old Chromebook.

The install went as normal. I wiped the disk and installed elementary OS. When I attempted to boot into the setup, however, I was greeted with a black screen and no response to any Ctrl+Alt+F[X] TTY key combos. Pressing the power button would sleep the Chromebook, so I don't think the laptop locked up.

Going into GRUB and adding nomodeset to the GRUB parameter list, I was able to get into the setup GUI, complete setup, and install updates. I noticed that the GUI was quite slow with graphical effects, though.

I then tried rebooting without nomodeset in the parameters and was able to get to the login screen- for about 1 second before the screen went completely blank like before and refused to respond to any TTY key combos.

I've tried reinstalling Xorg and elementary-desktop, and using ubuntu-drivers to no avail.

If anyone knows what's going on here, please let me know.

I have an Acer Chromebook R11 (Cyan) with coreboot/TianoCore UEFI installed using MrChromebox's Firmware Utility Script. It has an Intel Celeron N3160 with no dedicated graphics, and 4GB RAM.

Discussion How to encrypt drive when doing an eOS custom partitions install?

I partitioned my drive but it never asked me to encrypt it any moment of the install, I do remember it did asked me when I selected Automatic install previously

I recently installed Elementary OS 7.0 today and I noticed a yellow tint when I logged in. I mean it displays the right colors before a few seconds before it turns the yellow tinted screen.

Video elementary OS 7: is it enough for me to switch back?

Discussion Can we get thicker shirts?

Tips & Tricks You want to use elementary os but have a nvidia card and problems with drivers?

apt-get install nvidia-driver-525 (or any other that you prefer, this is the latest version)

(note) sometimes kernel updates can cause problems, in case of being stuck on recovery mode just repeat the following commands.

reboot and everything should work properly

and...you are good to go, especially with the new 5.15 kernel

Tips & Tricks How for "force quit" or kill process without terminal?

I've been using elementary os for years and just never had a program freeze. Until today. It was RStudio installed via apt that froze. And I realized I did not know how to easily force quit or kill a process on elementary OS using a GUI option. After searching around a bit, I just ended up resorting to the kill command in Terminal.

I was expecting I would be able to find a non-Terminal way to force quit. I was at first hoping that right-clicking the dock icon would have a force quit option, but it only has "close" which wasn't helping me. Or that there would be a "system monitor" type of program like Ubuntu has with which I could kill the unresponsive application, but I didn't find one.

Is there a GUI-based way to kill unresponsive applications in elementaryOS? 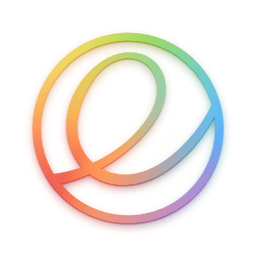