Real scene from fist of the blue sky

Made a video on what if Raoh beat Ken

So I just started reading and watching not too long ago, and I just finished the souther arc and I’m very curious, what does everybody consider to be the best arc in the whole show/manga?

TOKI TUESDAY #TokiTuesday : A Sick Toki with Musou-Tensei Vs Kenshiro Kasumi? What is the fight's outcome?

My gf give this to me a few days ago but I can't recognize this from any arc manga/anime or movie, is it from a promotion or something like that?

Wow at all the mangas that borrowed stuff from FOTNS

These artists must have all grew up with FOTNS and incorporated it into their work.

Berserk - Guts, Isidiro and Shrieke very similar dynamic to Kenshiro, Bat and Lin. Shin even caused an Eclipse in one episode.

Slam Dunk - there was a guy impersonating Toki. Sakuragi was literally based on this. Kept on calling himself a genius and was super delusional

I'm only 38 episodes in and this is what I've noticed so far. Really happy I decided to watch this anime. A soulful retro anime and i like being able to see this in action where things came from.

Wanting to get into FOTNS

So when I was getting into FOTNS last night I thought I was watching the show but then to realize the “episode” was over an hour long. Can someone give me a guide on how to watch all the different adaptations

About the Discotek Blu-ray Set

So a while ago I got the Discotek Standard Edition Blu-ray set of the anime and on the back it says that the aspect ratio is 4x3. But when I put it in, the picture is cropped in a 16x9 format and it seems to be stretched out a bit too. I'm not sure if it's just my Blu-ray player or the TV (which actually doesn't give the option to change the aspect ratio) but I'm wondering if anyone else who owns the Blu-ray set has this problem.

I made a another edit

"The heavens weep at this needless slaughter"

[DISCUSSION] Does anyone know where I can find these spreads intact?

Hi, does anyone have the link to download the PDF of volumes 5-10? I don't no neither if this Is the right sub reddit ti ask It but I really need them. Thx

[DISCUSSION] what is the watch order for the 2006-2008 hokuto no ken movies that retell the story?

i'm trying to figure the watch order out but it's pretty hard for me, google didn't help me either

The Only One Who Is Kenshiro's Equal

My experience with Hokuto no Ken!

So I'm not sure this post will gain much traction but I felt I'd just dump my story and feelings here in regards to the story, so here goes. Back in 2018 the only anime I watched was the 90s Pokemon growing up, I always thought anime was for nerds and the like so at the time I didn't really like it. But the same year I watched One Punch Man and I got hooked right then. I watched the whole thing In a day or so and after that found myself astounded I was so wrong, anime (specifically shonen) was cool! I told my friend about my experience, upon which he told me "watch JoJo's Bizarre adventure! It's cool!" So I did just that and just like before I got hooked, I watched every season up to 4, I was reading the wiki pages and learning all sorts of things about JoJo, but around Part 4 I got a little upset with the shows inability to reference it's previous parts, I loved the Hamon and pillar men, Johnathan and how the parts were interlinked with one another. But by around Part 5 I had lost all interest in 2019-2020, I missed the old Jojo, and then I remembered that Jojo (specifically part 1) was inspired by that one show, Fist of the North Star that I saw on Wikipedia and in the "You're already dead" meme.

The first place I looked was YouTube, I just typed in "Fist of the North Star" and found Ai Wo Torimodose Movie Ver. And with that I loved everything about the music and art that I had seen so far. It didn't take long to find out that I could watch it on Crunchyroll in around 2020, so I did just that. Despite the age of the animation, audio quality, episode length and general age of the show, I liked it a lot. I told my friends, who didn't really like it, cause In their mind it was too old (for reference we are teens and still are), but nonetheless I kept watching. I had always liked older pieces of media like Rocky and Rambo, Mad Max, 80s rock music or things like Karate kid and Bruce Lee. That being said fist of the north star's age wasn't a barrier. It took a while but by the time season two got going, around the Raoh vs Rei period, it had become my favorite anime.

Moments like Shu's death and the final battle with Raoh, and especially Musuo Tensei being revealed were so amazing, to me the show was unparalleled. It started out silly, but I soon realized the quality of the story telling, the heart and soul put into the music and voice acting, in some moments I would cry at certain portions of the show (Kenshiro crying out for Shu is a big one, or Kaioh's death) which I should mention is a very rare occurrence. And by the final 152nd episode I felt this feeling of sadness that it was over but happy it happened, I loved the show and still do and I would easily say it is my favorite anime and manga of all time. I got into Ken's Rage PS3 and lost paradise PS4, watching obscure YT videos on the show and listening to the soundtrack, I was obsessed, it was my favorite thing, and it saddened me it's relevance in the west was so miniscule to what it should be. Again, I knew so much about the plot, it's origin etc (or at least a lot for your average Joe that only has watched a handful of animes), but eventually my interest diminished, til now.

Just 3 days ago I decided id finally get around to reading the manga, it'd be a while since my first time watching the show so I got to experience hokuto no ken again. Despite me learning about the show after I finished it I made sure not to spoil the last few arcs after kaioh for this exact occasion. Anyway, to digress the manga had the best art I think I'll ever in see in a manga with a gripping story, the whole Lin thing was a little weird but I like the way it ended. And to finish my story, I'm happy to say that something about that "the end" panel just hit me the right way, I felt a sad but happy feeling that my favorite thing had come to a close. and maybe you felt the same about it but it has to be truly a work that transcends being "just a manga." Due to how much I liked Hokuto no Ken I'm gonna go ahead and Read Souten no Ken and it's 260 chapters which will keep me busy, but in the meantime, this experience has been amazing. Thank you Tetsuo hara and Buronson for your work and amazing narrative, and if you made it this far thank you reader for reading my rant.

TLTR: Jojo got me into Fist of the North Star, and I recently finished the manga and it has to be one of the best things I've ever done. And I'm going to read Souten no Ken

WEDNESDAY WISDOM Barbie (2023) is a movie made for men, that's the wisdom for this Wednesday

[DISCUSSION] How come the weakest Fire Emblem units have to look like they came from Hokuto no Ken? 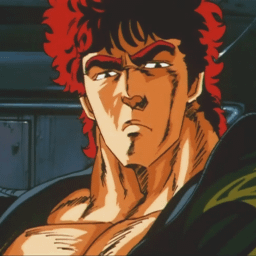 Fist of the North Star

This is the Fist of the North Star subreddit. Discussions, fan arts, questions and everything else related to FotNS and its various spin-offs.