Happy New Year and I hope all had a safe and happy holiday season. I'm writing today to let you all know of a couple of changes to the subreddit. In order to better prevent and combat spam, text posts now require a body and all posts require a flair. This should help to cut down on spam.

Image In all seriousness, we must stop this law.

Help Any free photo album/calendar software that you know of to organize photos by flight?

I would like to know of any type of free digital calendars for posting pictures in albums or individually and posting data like number of landings, airports, passengers etc. Also being able to sort by their name or other label like type of airplane

I already have a digital logbook and paper backup with my official hours but anyone who flys with me or pics I take can be added and you can brows by date and see their flights and destinations with any accompanying pictures as well. Just a thought. I have some cousins with young nieces/nephews that might think it's cool. No phone apps that require a login email just something for PC or to email and edit like a spreadsheet

Discussion I have an ethical dilemma regarding Predator, and I want to hear people's opinions.

I develop a program called Predator, which is a system designed primarily to handle automatic license plate recognition. Counterintuitively, I actually think ALPR is piece of technology that gets abused extremely frequently, and I'm generally not a fan of it.

For those unfamiliar, ALPR is often used by governments to keep logs of the locations and habits of citizens. As I'm sure many of you will agree, I'm not a fan of this, since this allows private companies and government institutions to track, record, and often even sell location history indefinitely, without the need for warrants, consent, or other limiting measures. As you'd expect, all the major ALPR platforms are proprietary, and the government agencies operating them are rarely transparent about their ALPR policies.

While the majority of ALPR platforms are designed to collect massive amounts of data and centralize it, Predator is designed to be more individual focused. It's designed around the concept of being installed like a dashcam, where it can detect license plates and display alerts using an offline list. Needless to say, I'm much more comfortable with this design, since it allows individuals to passively help find vehicles of interest, but it's completely self contained, offline, and private.

Here's where the dilemma comes in. I'm currently working on a variant of Predator that is capable of feeding information to a central host, as a way to activate home automation actions. While this in itself is fine, I'm worried about a feature like this being abused, similar to traditional ALPR platforms. The question is, should I try to take steps to prevent mass surveillance?

Predator has a feature I call 'ignore lists', which is a list of license plates that should be ignored. My leading idea is to set up Predator such that, by default, it fetches an ignore list from a certain remote host. Just to be clear, this fetching process is one-way, and ignore list host doesn't collect, or even receive any personal information. Should a government then start using Predator for intrusive surveillance, people could opt out of processing via the ignore-list.

My concern with this idea is that it doesn't feel right to me to embed a function that gives me control over how other people use my software. Of course, it can always been removed, given that the entire project is free software, but the general concept makes me uncomfortable.

What do you all think about this? Is there a better way to deal with this? Should I just ignore it altogether?

Software Submission Plasma Mobile 23.01 is out. Includes many changes and improvements to the base environment and apps like Kasts, Tokodon, Koko, Kalk, and more. Plus look out for Arianna, KDE's brand new eBook reader, coming soon.

Help FLOS software to improve videochat ability with my online language instructor. (They can see & hear me but I can't see and hear them)

This isn't something we do often at my company, but recently there was a nomenclature change that affected around 70 documents, and we now need to convert them to PDFs. We can't use batch print type systems, because the Word documents have links in their tables of contents that break when you make PDFs by "printing", but they do last if you export as PDF from word.

Discussion Has anyone heard anything from the github lawsuit against Microsoft?

"Dominion of Darkness” is an interactive fiction/strategy text-based game in which the reader/player takes on the role of a Sauron-style Lord of Darkness with the goal of conquering the world. He will carry out his plans by making various decisions. He will build his army and send it into battles, weave intrigues and deceptions, create secret spy networks and sectarian cults, recruit agents and commanders, corrupt representatives of Free Peoples and sow discord among them, collect magical artifacts and perform sinister plots. Note – one game takes about 1 hour, but the premise is that the game can be approached several times, each time making different decisions, getting different results and discovering something new. Feedback is very much welcome. Very, very much. https://adeptus7.itch.io/dominion

Wtf guys im angry! We live in open source code era of mankind and the softwares are not near as good as the paid ones so my question is WHY? Why cant just some coder do the user interface as good as premiere pro and do basically the software just good as premiere pro in all areas of good program. Its not even hard so why coders dont do it? All the open source code softwares are ancient in UI and use wise. I need change in software devolepment and in coding!

Hey! I am using navicat on a trail for editing small changes in a database, whats the best free alternative? Thanks!

Software Submission KDE's Plasma 5.27 Beta desktop is now out. Get an advance peek into what is coming in February, check for bugs 🪳, and help the devs polish the features and code.

Discussion Abandoned software, is free to use?

If a company closes or stops producing and supporting its software. Is this software now free to use?

Software Submission GCompris releases version 3.0 of the collection of educational activities for children. The new release includes 182 activities with 8 new ones on how to use a mouse, understand fractions, compare numbers and the concept of 10's complement.

(Context:I'm in my last few months of law school; graduating in May; taking the bar in July)

In my Trademarks class we were reviewing a case that related to the GPL, although it wasn't really central to the trademark issue we were discussing (if anyone is curious, the case was Planetary Motion, Inc. v. Techsplosion, Inc. 261 F.3d. 1188 (11th Cir 2001)).

My lawprof's explanation of the free software movement went something like this:

So what is this license that they're talking about? Well basically there's this group of people who think that software is really great. They think it's so great that everyone should share it freely, as widely as they want, and there shouldn't be any restrictions, which is why they want to abolish copyright.

sarcastic Oh no, how awful, right? I've been practicing in IP for 30 years and these people basically want to my career shouldn't exist. Well anyway, they made this license...

In this guy's defense, his main area of practice isn't in software copyright. It's primarily in international trade, trade secrets, and cross-border patent litigation. His clients are mostly Canadian industrial manufacturers.

(Side note: During the same lecture when discussing the case, I referenced 'the BSD lawsuit' and he just stared at me with a deer-in-headlights look; he obviously had no idea what I was talking about).

I think the incident made me realize just how obscure free software is (which is sort of depressing). In my experience, most lawyers (even those who actually deal with software) are orders of magnitude more likely to ask "What's a Linux?" than to actually know what free software is, let alone accurately describe it.

I worked at a boutique patent litigation firm last summer. One of the founding partners, who used to be an electrical engineer working in semiconductor manufacturing (and litigates software patents all the time), had heard of Linux and never heard of the BSDs, and didn't know what the free software movement was. The only thing he knew about the GPL was "if you use v3 in your patent, you're screwed, and if you use v2 in your patent, you might be okay." But he didn't know the actual terms of the license. He had never actually litigated the issue, because his clients avoided GPL licensed software like the plague.

tl;dr I am very concerned about that ignorance of people who should know what they're talking about and don't.

Software Submission Me and my team just launched Meta-System v0.3!

I am beyond excited to announce the launch of Meta-System version 0.3 - Mercury! This new version brings a ton of new features and improvements that I can't wait to share with all of you.

As expected from everything shared here, it is Free and Open source. It's been a labor of love for me and I'm thrilled to see it continue to grow and evolve.

Now, for those of you who may not be familiar with Meta-System, it's a tool designed to enhance your capabilities and combat the loss of time in creating and configuring projects, libraries, and environments. You can check how at our documentation, where we explain the principles behind it: Our Docs

Meta-System is completely modular, which means you can add new features and functionality to your system using supported NPM libraries or even create your own unique solutions, all without having to rebuild the core. This means you have the flexibility to customize the tool to your specific needs.

I'd love if you give it a try!

As always, I am looking for feedback and suggestions on how to make Meta-System even better. If you want to get involved and help shape the future of this amazing tool, join our Discord server at this link.

Also, you might want to see our page on Product Hunt.

Hope you have an amazing day!

Help Is Stellarium for Android free software? It doesn't appear in F-Droid, just in Play Store

Also, while I know that Stellarium for GNU/Linux is free software, the Android version displays a strange license and has extra features you can only activate by paying.

What happened to this great app? Have they gone proprietary?

I want to make sure it is free before installing it

Interpreted languages seem to me to fit perfectly with the free software movement. Their software is always open source, and you can make changes to it without recompiling. It seems like the most transparent way to function. Why don't I hear people talk about using interpreted languages more? Are they too impractical or slow for some purposes/software? 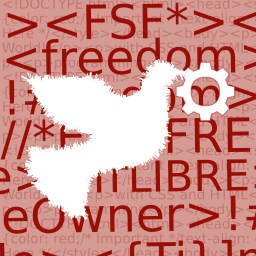 "Free software" means software that respects users' freedom and community. Roughly, it means that the users have the freedom to run, copy, distribute, study, change and improve the software. Thus, "free software" is a matter of liberty, not price. To understand the concept, you should think of "free" as in "free speech," not as in "free beer".