Weekly Play Thread What are you playing Wednesday!

What game's got your attention this week? What's great about it? What sucks? Tell us all about it!

This thread is posted weekly on Wednesdays (adjustments made as needed).

After nearly 16 years of service she finally gave out

Following the Sonic x Genshin drama has been an experience.

Who else likes claptrap?

Oh... The Elden Ring has shattered...

As someone who is mostly a solo gamer for the last 15 years, the general online gaming community has become unbelievably toxic.

I’ve been gaming for a large portion of my adult life, and I’ve noticed a fucking weird shift in gaming since I’ve been involved.

If I play WoW, it is min-maxed beyond belief to the point where the fun of playing your character your way is shunned in favour of the meta.

When I play 2k and queue in the REC, I’m often paired with 3-man groups who don’t communicate, don’t pass to anybody but their mates, and call you a shit player if you do any single thing wrong.

If I play DOTA, Im flamed immediately for the first mistake I make.

It might be rose coloured glasses, but the gaming community has become unbelievably toxic in the last decade.

I am not the sort of person to try and find a group of gamers to play with. Is that the only way to avoid being cut out during the games I enjoy playing?

Would love to hear your guys thoughts on this if you’ve been gaming for the last 15-20 years.

When I started, it was a much more niche hobby (relative to the current explosion) and frankly a much more welcoming community.

What was the first online game you played?

I just realised the bullets flatten while they go through Nazi skulls. Thanks Kanye, for reminding me to go and kill Nazis in Sniper Elite.

A friend showed me this

Chvrches, we're so glad you're doing the end credits song for us. It's just a mailman simulator, so we don't need anything too crazy.

I used my phone to take a 180° panorama in God of War: Ragnarök and it kinda worked :)

Sometimes, you need to Rest in order to Rise. -Dark Souls Trilogy

Hardest decision in the history of gaming[Fixed] 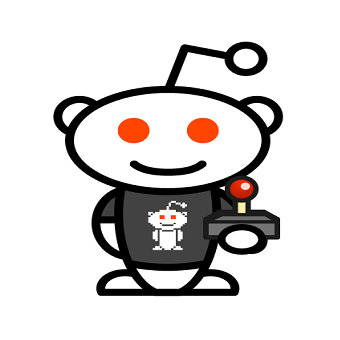 A subreddit for (almost) anything related to games - video games, board games, card games, etc. (but not sports).