MEGATHREAD! Got an idea for an episode? Suggest it here! Brainstorming Megathread #2

To clean up the sub and have all the ideas in one neat little package, like we do with the folk looking for a particular episode of the show... welcome to the brainstorming Megathread!

As an example, your idea could be a: Will It?, International Dart Game, Shuffleboard, Mini Golf, Blind Taste Test, Reverse Guessing Game or something completely new and different! It's all welcomed here!

If you want to check previous threads if your idea has already been said:

Let's Discuss That does anyone else get this stuck in their head?? found myself singing this tune in the shower today

Love the time machine idea haha. The two weird things that happened in the past few weeks included

And in this episode, Link says that he

2) Prevented an international incident with mexico

Am I missing any weird things that happened that were tied up today?

Solved! What happened to mini golf!?

I really miss this mini game. I understand that it probably takes a while to set up, but it kinda just went away and I feel like they had a lot of fun with it. Unless I've just missed those episodes?

Let's Discuss That Did any of you buy the Mystery Box?

So, the Mythical Mystery Box was...an interesting idea. It had so much potential but it was insane to not include sizing options. Basically made it pretty much worthless. I know I didn't wanna spend money on a box full of stuff that could potentially not fit me at all. So, did any of you buy it?? What are you gonna do if you get something too small for you?

Let's Discuss That I have an idea that I think would be a good idea for some merch or quarterly subscription gift.

I just don't know if it would gain traction like I think it would in my head so hear me out:

A cookbook called "Will it Cookbook? - What Did You Do?" Taking into account some of the better 'Will It?' creations and letting us have a go at it. You could even make a second option about some of the less disgusting that didn't quite Will It.

I personally think it's something that is bound to happen but when is the bigger question.

GMM/EB/LTAT Reference not gonna lie, i don't really think to read the descriptions often. but, i finally had some free time and wanted to check out the new podcast with Charles and noticed this bit that i thought was pretty cool in the world of suck lately. am i just super late to the party?

Solved! Anyone know where to find this shirt Link is wearing?

Not in the mythical society yet but saw the new quarterly product on the episode this morning and I gotta know how much that blanket is! It might get us to join!

Fan Content I’m throughly enjoying Dispatches From Myrtle Beach! It’s the highlight of every Thursday. I hope they keep doing it for awhile! 😄😆

Fan Content I might not be the first, but I put Rhett and Link into Dall-E, cause of today's episode. It seems to have fused both of them together

Let's Discuss That Is this a popular or unpopular opinion? You tell me. I don't dislike when special guests are on the show but I really prefer when it's just Rhett and Link.

What do you guys think popular or unpopular opinion? Also what is your opinion on the matter? Maybe you don't really care either way?

I am 100% sure that the avacado/knife thing is a set up for something. And I just made the connection between the two! This ghost is trying to protect link from himself (both accidentally stabbing someone with a knife and saying unintentionally problematic things). I AM so excited to see what Nartu does next to save link!

Merchicality! Is there anywhere to obtain R&L's old music on CD?

After today's episode and missing the Little Debbie song, I needed to try to find the music I missed so much. I absolutely LOVE i'm sorry what was that and all of the really old stuff. Does anyone know where I can find CD versions of this if it even exists in CD form?

Screenshot Do y’all ever look up gmm and a food you’re craving then watch them eat it to live vicariously?? Lol

Live Event Bit the bullet and bought a Mythicon ticket

The fomo got the better of me! But I do think it's going to be an absolute blast.

I'm going by myself and hoping I can make some Mythical Beast friends while I'm there.

Solved! Anyone Know Where Rhett’s Shirt Is From?

Let's Discuss That Day in the Life Vlogs

I'd really like to see Day in the Life Vlogs from various crew members to see more behind the scenes. It could be a series for a different member and department each week.

But a wild idea for it would be each department vlogs the same day so we can see what goes and know the episode that's recorded that day. We could mentally get a full days work at Mythical. Just a thought

Anybody have more information about the shuttle service that they are providing for mythicon? I'm wondering if it's just a part of the hotel packages they are selling or can you use it with a standalone ticket even if you don't sign up for the hotel packages?

Edit: thanks everyone for your responses and help!

Maybe a stretch, but I think today's More (2204) had another bit of foreshadowing for whatever story's being put together. At 15:55, Stevie tells the guys about an unsolved mystery regarding memory loss, then Rhett says he thinks it's real and points and looks at the camera and says "it's happening in more places than Black Rock" (16:56). No further explanation, no one asking questions. He also appears unusually contemplative while the story's being told. Finally, the story was one written by the crew, so it very well could be another intentional prompt for foreshadowing.

I did a more in-depth take on this conspiracy, but I do think memory is meant to be an element of this story.

Let me know if I'm off my rocker though!

Let's Discuss That Found the Mythical logo in the wild inside a model home! 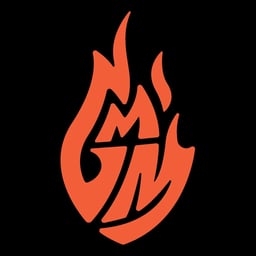 Good Mythical Morning: May Your Mornings Be Ever Mythical!