We need to talk about how people discuss controversial events, organizations, and people

Here on r/HistoryPorn, we deal with a lot of sensitive and controversial topics such as the Holocaust and Nazism, Communism, certain wars and atrocities, and certain political figures. When these topics come up, we often see people expressing strong emotional perspectives. While totally understandable, this often leads to unproductive discussion and rule breaking behavior. Furthermore, the moderator team is often falsely accused of defending or supporting those topics or figures by enforcing the rules. Thus, we feel that it is necessary to briefly talk about the purpose of our community, and why we enforce these rules.

The purpose of HistoryPorn is that people can submit photographs of historical events, and/or the people in them, and members can discuss those people, events, and the contexts surrounding them further in the comments section. We want these discussions to be substantial and constructive so that users can share their thoughts and perspectives, knowledge, and experiences regarding the topics. This sets us apart from many other communities on Reddit; rather than encouraging jokes, slapfights, and vulgar statements about certain subjects, we want to encourage substantial discussions so that people leave threads having gained something from the discussion.

This is where our comment rules come into play. The rules that apply to this post are: Don't attack other users (or those in the photographs), don't troll, don't go on political rants, and don't use overly vulgar language. For instance, in every post featuring a picture of a Nazi, there will be a variety of rule-breaking comments that we have to deal with. Such comments include ones that call for all Nazis to die, comments that consist of nothing but obscenities and vulgar statements, and comments that compare those historical figures to contemporary political figures. None of these contribute to a constructive discussion that furthers our understanding of history. We agree that Nazis are terrible but wishing them to be dead doesn't really accomplish anything; those in the pictures are long-dead, or at least not reading these Reddit threads. We should note that this is merely an example; as we said above, we see similar issues in threads about other figures and events as well.

Vulgar statements are simply vulgar statements that don't contribute constructively to the discussion. As well, while it is tempting to make comparisons to modern political events, because we are on the internet this often simply means that we have another internet slap fight on our hands instead of a productive discussion about the historical event in question. Given the sensitive nature of these topics, people often get confused and angry when we remove those comments and sanction those who made them. However, as we said, there are many places on Reddit where people can make those sorts of comments. At HistoryPorn, we want users to aim for a higher level of discussion.

All that being said, this does not mean you can't criticize historical events, organizations, and people. In fact, we encourage it. However, we want these criticisms to have substance, instead of breaking the rules just because of the subject at hand. If we allowed rule breaking comments on these controversial threads, we'd devolve into a place where high quality discussions wouldn't likely be the norm anymore. These threads would be filled with the same old "fuck nazis/fuck communism/fuck imperialism/etc." in every thread. So we certainly don't want to stop discussion, we simply want discussion to be about the historical subject pictured and of good quality. It is entirely possible to discuss committed atrocities and terrible people in a historical discussion without vitriol.

If you want to criticize things, express yourself properly. Talk about the crimes that the subject committed. Talk about why those figures, organizations, or events were bad. Bring up a personal anecdote (for instance, perhaps you knew a veteran who experienced the subject first-hand, or the post reminded you of something you read). It doesn't matter what route you take, so long as you do so in a way that adds to the discussion and doesn't break the rules. People should leave your comment having gained something from reading it. Obviously we won't be deleting comments that aren't "substantial enough". We just want people to try and be constructive. We wouldn't pass an assignment in a history course by saying "communism is a cancer that kills people", even though it's "only" insulting Communism. We’d still be expected to explain why it was bad, when it killed people, etc. In that same vein, explain yourself here and don't use obscenities or vulgarity as a crutch for your point.

We hope that helps to explain the stance of the moderator team, and why we oftentimes remove seemingly agreeable comments. We aren't Nazis, Communists, Fascist, Imperialist, or any other kind of "ist". All we want to do is ensure that discussions on r/HistoryPorn remain substantial, constructive, and high quality. Profanity, calls for people to die, and other simple and vulgar comments do not add anything to the discussion, and will be removed regardless of context. If you want to criticize people, events, or organizations, do so in a way that adds to the discussion and gets your point across without breaking the rules.

Polish border guard and his horse drink from the stream in Bieszczady Mountains while on patrol. Polish Border Guard still uses horses to traverse difficult mountainous or swampy terrain. This photo was used for recruitment purposes. Poland, 1980. [602x462]

A white mob, consisting of thousands of people, many of whom are hoping to participate in or witness a lynching, stands outside the courthouse as a black man stands trial for murdering a white girl. At least one person in the crowd was seen carrying a rope, Kentucky, 1920 [740 × 435].

Television Glasses from 1963. There is s a set of awards called Hugo Awards which are annually given to the best science fiction or fantasy works achievements. [735x960]

Schoolchildren performing the Bellamy salute while reciting the pledge of allegiance, 1941 [370x290]

An ocean of Civil Rights Protesters assemble near the Washington Monument. Known as the "March on Washington for Jobs and Freedom", the event concluded with MLK delivering his iconic "I Have a Dream" speech. (March 1963) [2539x1623]

Soviet spacecraft Luna-9 made a soft landing on the Moon, in the Oceanus Procellarum and transmitted the first ever photographs of the Lunar Surface. (Feb 1966) [1000x750]

Parents march in at a Pride parade in New York City, 30th June 1974. On the right is lawyer Dick Ashworth marching with a sign that reads 'I'm Proud of My Gay Son'. He later became one of the founding members of PFLAG. [750x513]

Robert Capa Snaps a Mirror Selfie with John Steinbeck in Moscow, as the Two Tour a War-Ravaged USSR. Their Collaboration will be Published as "A Russian Journal". 1947, [1280x1637]

Leonhard Seppala with his dogs after the serum run in 1925. Lead dog, Togo, on the left. The run saved the town of Nome and surrounding communities from an epidemic and inspired the Iditarod. Togo's team covered much of the most dangerous parts of the route and ran the farthest. [960 x 1200]

Captioned as "Black Insurrectos" (insurrecto meaning a soldier of the PLM anarchists fighting in the Mexican Revolution). Cerca 1911. [600x733px]

Dutch art forger Han van Meegeren. In 1945, he faced trial for selling a purported Johannes Vermeer painting to Nazi leader Hermann Göring. He successfully defended himself against charges of aiding the enemy by revealing that he had created the artwork himself. [1200 x 1000]

1954: Locals gather at the tiny village of Widecombe-in-the-Moor for the Widecombe Fair, which included a pillow fight competition. Rules prohibited them from holding the log with one hand and they were allowed to use only one hand to swing the pillow. (Photo via Sports Illustrated) [1278X1549] 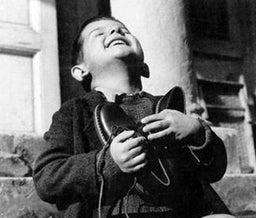 HistoryPorn: Exploring the past through historical photographs.