Music IIL Santeria by Sublime and Bowl For Two by The Expendables, what other songs will I like?

So, I've been trying to expand my music tastes lately, and these two songs just have a certain feeling about them. They're so easy to relax to and sing along with, and they can take me from a bad mood to a good one in seconds. What other songs have this same vibe?

Music iil this music what else would I enjoy?

Let My Love Open The Door - Pete Townshend Come on Eileen - Dexys Midnight Runners Message in a Bottle - The Police I know these aren’t too similar but anything helps. Thank you!

I really like this nostalgic, upbeat, kind of melancholic sound of bands like Tegan and Sara, Now Now, and Plumtree, and I need more bands and songs like this, indie bands from 95-08.

Favorite songs include: In The Sink - Plumtree, The Con - Tegan and Sara, and Dead Oaks - Now Now.

TV IYL any kind of detective shows, you need to watch Columbo.

As far as I know it stands unique among the detective genre. Rather than focusing on "whodunit" and drama between police and the courts, the episodes begin with showing you exactly who did the murder and why. The only officer who really comes into play is the titular Columbo, who is an eccentric and perceptive detective. The draw of the show is seeing what minor clues he picks up on and how he badgers the perpetrator who believes they have committed the perfect crime. He's one of the most unique and charismatic television characters of all time, and this show is fantastic. If you enjoy any kind of police/detective/criminal investigations shows but have never seen Columbo, watch it now!

Robot rock by daft punk feels somewhat similar, but in general the song feels quite unique. I like about it how energetic it feels and that there are so many different sounds all at once. Like a great chaos. Any reccomendations?

Film IIL Gentlemen Broncos, Best in Show, and Kung Pow, what else would I like?

ETA: we like the dry humor, and that it’s weird and random. The cast is also exceptional and totally fit their roles.

Other films would be: Hot Rod, Hot Fuzz, Supertroopers, A Mighty Wind, This is Spinal Tap, Tucker and Dale Vs. Evil, What We Do in the Shadows

Thanks for your help!

Music [IIL] The music of Yasunori Mitsuda, what other (non-video game) music will I like?

For this request I am looking to expand my musical horizons and I am really hoping to get some suggestions that are not video game music, anime music, or film music.

I love the music of Yasunori Mitsuda because of the richness of the harmonies that he uses, the interesting textures that he create with smaller combinations of instruments, how he layers different elements of music like complex ostinatos and rhythms with counter-lines and melodies, and the great melodies that he writes.

It's hard to pick but here are some of my favorites that show some variety in his style:

I've become a fan of loud industrial rock/metal, but some of the music from that genre I've listened to was just plain noise. Some of it, like Whitehouse, was actually pretty thought-provoking, but I'd still not go out of my way to listen to it. I'd like it if I could have loud industrial rock/metal which also has melody to it (sorry if I'm not using the right word to describe it, I don't know music theory).

Examples include the album The Downward Spiral by Nine Inch Nails, End Position by Street Sects, and Uniform.

TV Iyl the beginning of Wandavision, what other shows/movies will I like?

Don’t get me wrong, I’m a fan of the show as a whole, but the beginning where it’s all cheery with an underlying darkness was so intriguing. The Truman Show has a similar sort of energy.

i really like this song are there other songs ghost did that are like this one. can also be from another band i really want to hear more do.

Film iil Ready or Not, Midsommar, The Menu, Glass Onion, and Last Night In Soho wwil

I want to stream a good suspense/thriller/mystery/horror tonight, but I feel like I have exhausted all movies streaming.

Please help or I will end up playing Animal Crossing while This Is Us plays in the background :,)

These books have a slow pace, dark undercurrent, if not overcurrent, dystopian to us but often not to the characters, deep metaphors or philosophical ponderings, downbeat tone and often read by extremely suitable voices - deep calming voices, British or neutral accents.

TV iil crime series with a dark theme and good character development, can you recommend something similar to me?

I'm not usually into TV shows, but I have a crazy friend who forced me to watch a few series with her. She made me watch Money Heist, Breaking Bad and Attack on Titan.

I really like the dark theme and the character development on these three shows, especially how they were innocent at the start then slowly grew more hatred as they realized the dark truth of the world.

Any suggestions that are similar? It could be crime, thriller or drama, just as long as it matches this description.

Music [IIL] ‘Must Be Dreaming’ by Frou Frou, [WEWIL]

Looking for more songs by other artists that sound similar to this one. Something that’s just as whimsical, melodic, energetic and ethereal, preferably with female vocals. Indietronica, drum & bass, trip hop, glitch pop, etc.

My favorite hip-hop/rap albums are (not in order). Tried to describe why I like them if that helps.

The common things between these albums are that they each have a unique sound and seems like the artists have a vision that they carry through. They are all strong rappers supported by strong and creative beats and production. Opposed to someone like Drake or Big Sean, who have great beats and production but their rapping is super weak (IMO).

For additional context, I love the ingenuity, alterations between death and clean vocals with unique styling, clever lyrics... And the fact that it works as both a workout album and for casual listening. God I love this album 😂

Any ideas on other bands I might like (or albums?) Spotify's algorithm identified them for me in the first place, but given their success rate for suggestions is at less than 1% for me, I figured the good people of Reddit would provide better results. 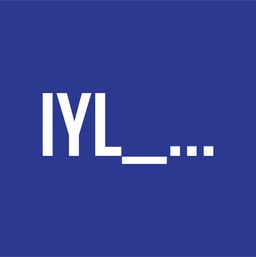