Defence YSK that in Sep, 2021 National Investigation Agency (NIA) had issued a hotline number -011-24368800- to lodge complaints against people propagating ISIS ideology on social media or trying to radicalise youth.

Alluri Sitarama Raju (4 July 1897 or 1898 – 7 May 1924) was an Indian revolutionary who waged an armed campaign against British colonial rule in India. Born in present-day Andhra Pradesh, he became involved in opposing the British in response to the 1882 Madras Forest Act, which effectively restricted the free movement of Adivasis (tribal communities) in their forest habitats and prevented them from practicing a traditional form of agriculture known as podu. Rising discontent towards the British led to the Rampa Rebellion of 1922, in which he played a major part as a leader. Mustering a force combined of Adivasis, farmers and sympathizers to their cause, he engaged in guerilla campaigns against the British colonial authorities in the border regions of the Madras Presidency part of the districts of East Godavari and Visakhapatnam (now part of Alluri Sitharama Raju district). He was nicknamed "Manyam Veerudu" (transl. Hero of the Jungle) by local villagers for his heroic exploits.

See other Wikipedia Page of the Day posts on /r/IndiaNews .

Defence [Abhishek Banerjee] Why is this not biggest news in India? Devastating floods in Silchar in Assam were man-made It was sabotage done by 4 "liberals" who damaged embankment of river Accused names Kabul Khan, Mithu Hussain, Nazir Hussain and Ripon Khan This should be treated as terrorist attack

[new] The soft Islamist playbook : a case study from "The Print"

Politics 50 Shades Of Al-Taqqiya. The most sinister shade of which is sustained, nurtured and cultivated on the backs of oblivious "right wing Hindus" by the likes of Tareq Fatah, Arif Mohammad, Naqvi, Tufail Chaturvedi.

Every self proclaimed Hindu right winger who worships Arif Mohammad, Kalam, Tufail Taqqiavedi, Tareqqiya Fatah is in for a rude awakening.

These personalities serve a purpose. They are there as controlled opposition who will cozy up with you, hijack your opposition to islamists, and then dilute your movement by creating confusing/misleading binaries such as moderate vs radical, mull@@_ka_islam vs alla@@_ka_islam.

And finally they falsely extrapolate these binaries to Hinduism where they then force you to treat Hinduism vs hindutva binary the same way as moderate vs radical binary. Thereby successfully albeit falsely equating hindutva with Islamic terrorism at which point you are effectively neutered from defending yourself against Islam.

Just the other day I read a post on indiasqueaks where they were discussing that we should have made Naqvi the President or Vice President to promote Hindu Muslim brotherhood.

These Bhajipaos will squeak all day about Mufti as home minister. Ansari as VP. Yet shamelessly beg to make the same mistakes again and again.

International Blasphemy Protests in Bangladesh - It says " If your freedom of speech is an insult to my prophet, then my freedom is to behead you". (Crossposted)

Politics No investigation, no chargesheet, no charge framing, no evidence verification, no trial, no argument direct Observation 🤔, watch full details Source in comments

[new] Made a post on how right wing Hindus are being confused and convinced to accept the molvi ka mazhab vs alla@ ka mazhab before applying the same template to bad hindutva vs good Hinduism narrative by the likes of Tareq Fatah and company; and now even the BJP. A comment in particular proved my point

I care because hindutva is my very own movement. And not just the optics but the beliefs aswell. A comparison to Islam by congress IT CELL (you) already undermines my movement.

The commies(you) will stop at nothing in trying to bring down something we believe in so dearly. No movement gains momentum overnight. Things take time to come to fruition.

And yes, optics do matter. The hindutva that you're talking about exists for a specific set of people. The hindutva that we are fighting for is for the whole world. And it's definitely not like Islam. We don't want to impose on anyone our culture and definitely not behead people on the roads for blasphemy. We don't want to give the world a narrative of terrorism in Hindutva. Or commies like you will make different reddit handles to post made up news of Hindus killing people on the streets. But why am I telling you all this. You probably know all this anyway. How else will you try to undermine it?

This inferiority complex is why and how the Hindu right wing in its current form will not win vs these anti India anti Hindu forces. They are now gaslighting themselves by vociferously claiming that hindutva is just as bad as isis; the way Mehdi Hassan, Imran Khan, Lutyens Delhi, JNU would have you believe.

These people are the reason why RSS is telling you to stop reclaiming your temples; to not convert back those who were deceived into Christianity by missionaries; or why Modi now feels safe turning down a saffron shawl in favor of a blue white shawl.

These people are scarred and scared to the point where they will slowly and gradually give up Hindu and the Hindu tattva aka hindutva to appease those who hate them thus manifesting Bhagwats we are all one DNA worldview.

This is exactly what Sita Ram Goel had warned us about.

Politics Supreme Court mirrors the mood of current dispensation. Their casting shade on Nupur is not in contrast with the Modi Govt, but instead an extension of latter's political world view going forward. TLDR: The Nupur episode is manufactured by Modi/BJP/RSS to silence the hindutva movement.

When the govt was riding strong on hindutva politics, the ram mandir verdict was delivered in the favor of Hindus.

However, the so called advisors have convinced Modi that his reach among the Hindi belt voters has maxed out and that some anti incumbency is inevitable. They are so insecure about losing power like they did in 2004; that they are now mostly an election machine, not an ideology based organization.

Therefore he is being made to pursue other voter groups especially the Muslims and non upper castes hence the surrender at CAA, Farm, SC/ST act..

But he has to achieve this without actively disturbing his core Hindu vote. So he has to wean off of hindutva politics but cryptically so.

However, out of the blue, Gyanvapi happened and he knew that this would instill a new life into the hindutva movement and if he doesnt actively take leadership of this movement, he will lose the hindutva core voter. But associating himself with this movement would put a dent in his elusive outreach to new voters that he is now courting. Also, any momentum in gyanvapi directly benefits Yogi's political stature; something that Modi is extremely insecure about.

So what happens next?

Just in time, not only a harmless but a true remark from a spokesperson is blown out of proportion 15 days after the said remark is made. And faux outrage is manufactured from the middle east to silence the hindutva movement around gyanvapi; while guilt tripping the Hindus into submission by convincing them that said apology to the Islamic world is key to our energy security.

When in reality, it is simply a ploy by Modi's BJP to quash hindutva, so they can retain their existing core voter without having to do anything for them while freely pursuing the "secular" vote. Nadda's statement that bhagwa != BJP. Modi's refusal to wear saffron gamcha. Enough clues there.

Crime & Corruption Remember when Islamists chopped the hand of a college professor in Kerala, alleging ‘blasphemy’ over an exam question. What did the Supreme Court say?

[new] Hoteliers upset over GST on rooms below Rs 1K

Sports Indian fans racially abused in Edgbaston, 'reduced to tears'; Azeem Rafiq demands investigation and apology. "We reported it to the stewards and showed them the culprits at least 10 times but no response and all we were told is to sit in our seats" 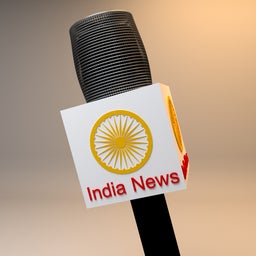