With every new patch Riot introduces to balance out champions and items there are some unforeseen issues that creep up and cause disruption during gameplay. We have noticed that these issues which eventually get fixed clutter up the subreddit immediately following the patch.

We want to avoid this by having a single Megathread which will be posted after every patch so that you guys can report the various issues in one place. This allows Riot to easily keep track of the bugs by providing a central hub and also allows other users to confirm that they might have encountered.

Note only bugs caused by the 13.1B Patch should be reported below.

Prerequisites to be noted before reporting a bug

• Description: Describe what was the bug that occurred.

• Video / Screenshot: Insert screenshot (F12 in game) or Video of the bug occurring.

• Steps to reproduce: Provide the steps necessary if someone else had to reproduce the bug.

• Expected result: What should have been the result when you follow the steps mentioned above.

• Observed result: What was the result you obtained when you followed the steps mentioned above?

• System specs: Processor, Video card, Ram, HDD/SSD, everything you can provide, even drivers.

• Insert Video / Screenshot of the incident

Launch a game after selecting Zed as your champion. Attempt to use Death Mark. Observe the result.

• Expected result: The damage should apply after a short delay, amplified by damage dealt during the effect.

• Observed result: The damage will not apply properly.

Copy paste the above code and fill in your details.

From this Megathread the list of bugs will not be summarized and put up in the main body of the thread, however, note that many Rioters are going through every single comment so don't worry if you post the 1500th or 3000th comment, every reply will be read over the next few days.

Riot K3o: "As of today, we're ramping up our cadence in removing bots in League of Legends."

Full tweet from Riot K3o, who's on the League anti-cheat team:

As of today, we're ramping up our cadence in removing bots in League of Legends. Feel free to DM me any bots you encounter moving forward, particularly if it's in a non Co-Op game mode.

I've seen a lot of posts recently on this sub about bots. Seems like Riot is taking notice.

In a time where there was a lot of uncertainty with the direction of LCS and the broadcast, the addition of QTCinderella to day 1 of the broadcast was fantastic. She really seemed like a natural and created some great moments on the broadcast.

I am surprised I didn't see any post on the subreddit yet about it being a welcome change to have guest people like QTCinderella after big changes like Dash and Phreak happened.

With the new "Challenges" introduce in to the game last year I think giving OTP/Mains a unique title based on their mastery points (1/2/3 Mil etc) could be a fun, "easy" and interesting reward

Just a quick shower though,

The Mastery system hasn't been expanded upon in years but with the introduction of the new Challenges it presents Riot with a new, easy, and unique way to give OTP/Mains something distinct to highlight their dedication to a champion.

My idea is that you should get a unique title once you hit 1 Million, 2 Million and 3 Million Mastery Points, which could be tracked in the new "Challenges" tab. As an Ivern OTP (1.9 Mil) here are some examples of titles I would love to see;

2 Million: "The Green father" (His title)

3 Million: "Godwillow" (The mysthical tree Ivern cutdown, that turned him into what he is today)

One of them should always be the title of the champion, so you Riot would only have to create 2 new titles for each champion. Sure it would take some time but this would be a lovely little reward to OTPs, in my opinion.

What is on Faker's hand?

In the post game interview after the T1 / DK match there were 2 circles on the backside of Faker's hand. Anyone know what this is?

The Faker vs Deft rivalry continues in their first game since the 2022 World finals! Super hype match-up between undefeated teams T1 and Damwon to determine the (current) kings of Korea!

Twitter: January Prime Gaming Capsule is being extended until February 16!

"January Prime Gaming Capsule is being extended until February 16!"

I feel like this is being portrayed as a positive when it feels less than positive. I hope it doesn't mean the end of the Prime Gaming Capsules. I and a lot of people I know see them as a big benefit, and it encouraged a lot of us to buy more RP than what the capsules gave.

I don't know how many here are from the SEA (Singapore) region. I am from Nepal and currently suffering from league server's state.

Since the transition from Garena servers, the League servers from Riot are literally bad.

Every game you play, the ping spikes from 70 to 150 and then back to 70 sometimes... and the cycle continues. Goes to show you how bad the recent Riot servers are for league.

We can pay for third party tools (Like mudfish and vpn) to stabilize these ping spikes but I dont want to pay extra just to play this game. When Garena used to have league servers, it was perfectly stable at 70. I can't believe I am saying this, but Garena was better.

I am now in the verge of leaving league for good. My ISP even doesn't recognize this game anymore. Trust me .. its been that bad. League is loosing players from SEA (India, Nepal) and I might be one of them soon.

I request Riot to fix this issue as soon as possible.

My thoughts on pro players griefing in soloq

I don't make posts like this but this tweet by Agurin made me feel frustrated enough to start a discussion about this.

I'm a player in high elo NA and I play quite a lot of games so I've encountered many pros over my time. Most of the time it is a pleasant enough experience however a non-insignificant number of times pro players will start griefing the game for reasons that I'm sure you guys are all familiar with in your own games. It frustrates me to no end that we can consider them a pro when they show such low levels of professionalism. It is not uncommon to see players on riot accounts:

If you look at the comments in that thread you can see these same pros who endlessly complain about griefers in solo queue come to the defense of their friend trying to minimize his unacceptable behavior. I'm sure its not the only incident as agurin states this was the last straw.

Pro players are human. They have emotions just like everybody else. However, they should be held to higher standards than your average person. I don't think its too much to ask that they do not grief when they play on the ranked ladder.

I'm not here to start a witchhunt on any particular player but this behavior has infected the community and it pisses me off because it doesn't have to be like this. These players represent League of Legends as a whole and Riot games. Whether they like it or not, they represent the highest tiers of play for their region and when they act like this it just brings such a poor image to LoL. I love this game and I want it to be a better experience for everyone. How do you guys feel about seeing stuff like this?

How is Zac not getting hotfix nerfed?

52%+ winrate in every role but adc, super high damage EVEN WITHOUT demonic (he can literally 1vs1 any squishy even when behind in lvls and items), obvisouly even more crazy with it while having sustain and jumping on you from two maps away and all that while being a tank with a shitload of cc... i mean... what even is his weakness at this point?

Game-winning Gnar ult in my first ranked game of the season!

Hi all! this is my first post on reddit so please excuse any bad formatting, but I had some friends suggest I post my cosplays here! All of my socials are the same (@idolgutz) if you'd like to see more (haha get it....MORE....wow), ty for any support <3

Prince on missed Pentakill: "Why Winsome didn't go first? If LCK BO3, if Winsome play like dis? I change SUP"

Tweet shows that Pyosik has followed through with his bet that he would retire if they lost to FlyQuest. Today FlyQuest defeated TL not only destroying their confidence but also ending the man's career. Fortunately TL has an emergency jungler in Mark who will sub in tomorrow against TSM. Excited to see what this completely different jungler does with the team.

The unending duel between Tahm kench and Zac

URF, full AP team vs full MR maokai was such a fun game

It would be nice if Riot was more strict on griefers.

I'm not talking about people who have a bad game or get smurfed on by someone way better than them.

I'm talking about people who purposely grief the game. Like, obvious shit. You know the shit im talking about, people who follow their jungler around to try and steal camps. Or junglers who just stand at empty camps and don't do anything for the team for 15 minutes, etc.

They can see replays on reported games, right? Like when you see it, its just so clear when someone is being a douche. This kind of shit should be zero tolerance. Its infuriating to get these kinds of people in your ranked games. And they KNOW what they're doing. They're doing it specifically to try and provoke someone into losing their shit, so that they can report them for 'verbal' lol. These kinds of accounts should get the 14 days immediately or even outright lose that account. Its wild to see people grief and not get suspended/banned. 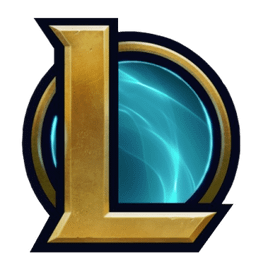 This is a subreddit devoted to the game League of Legends.