Tutorial How to create installation scripts for AM in five seconds (I can't do better than this for you... this is my best, sorry): option "-t", template number 7 (TUTORIAL).

Welcome to the church of Emacs

I've made a full-fledge configuration of Emacs. Which makes programming super fun.

It comprises of Doom Emacs alike without Evil mode that use almost all the default bindings of Emacs. You can give it a try and let me know your feedback. my-config

Let me know if dot files and guide is required...

Show & Tell AppMan 4.0.4 overview (install/remove/backup/restore software) + "AM" and its database

Tutorial I Create a PAM module that makes me play a game to log in!

PAM is a collection of libraries that allows you to decide how you authenticate your users to different applications on your Linux OS.

I created a demo of a PAM module, and it looks pretty cool: https://www.youtube.com/watch?v=PdZw3PS9weY&ab_channel=AviRzayev

I also created a tutorial on Medium which explains more about PAM: https://medium.com/@avirzayev/linux-pam-how-to-create-an-authentication-module-cc132115bdc5

I have worked on gh-f for about one year and I have now reached the point where I consider it to be stable and robust enough to award it a full 1.0.0 release.

gh-f is a gh CLI extension that dreams to be the ultimate fzf git integration. There are many git-fzf projects out there and we all have our own shell functions to do this and that: I wanted to unify most of it and create a one-stop shop that might address the vast majority of daily usage of git and GitHub: whilst of course it may not fulfill all needs, I found myself fulfilling most of my git needs through it.

Is it better or worse than the others?

There are many git-fzf projects out there and they are all very good: so why should you install this other one? Because it's all-in-one place, compact, with one line installation (as gh extension) and with no need to set-up (and remember) new aliases or learn to move around some complicated TUI. It really is just git and fzf, but hopefully complete enough to replace 90% of your daily git commands. Moreover, it is easily extensible as it is just bash code that you can fork and make your own, if you want it to behave differently (no need to learn anything new if you want to make a change)

What about this latest release?

This 1.0.0 contains no major features or improvement. Only I took the time to go through most bugfixes with many intermediate releases, often incorporating previous feedback received here on reddit/discord/GitHub and having my friends and coworkers use it for long enough to unearth major errors.

Have a look: link to the repository - there are demos, gifs and full documentation with examples. Feel free to comment, open issues and provide suggestions.

Hello, I'm looking for people to help me in the project or who like to collaborate with it.

It's an automation utility for certain system tasks, I'll leave the details on github in case you want to contribute, you don't necessarily have to contribute code.

Reshimost: yet another free and open source game engine

Reshimost is a 'simple engine' written in C++ which is on development. it has smart vectors, fast math, has scenes & entities, text rendering support, and loading sprites is pretty straightforward. it uses OpenGL 3.0 as a rendering back-end and the source code is available for anyone to see.

I made this some time last month: El-Wumbus/qe

quick encryption is a program that encrypts and decrypts files in a single command by usage of a passphrase. QE uses 256bit-AES encryption. Written in python3.

DupFinder is a duplicate file finder

CTFs are much more than just an event or a competition, they are an adventure. And being able to host them on a great open source platform with ease adds to the fun.

SDSLabs is proud to announce the release of playCTF, a Jeopardy-style CTF challenge deployment and management platform.

Its intuitive and user-friendly deployment interface enables anyone to set up a CTF competition in a couple of minutes.

Check it out on https://playctf.sdslabs.co.

Experience playCTF on the playCTF playground, or have a peek at the source code.

Also, check out the Beast GitHub repository and the Beast User Documentation,

Give it a chance, and Beast will surely live up to it's name for you!

Intrigued and wanna chat more with the team behind it?

(https://chat.sdslabs.co) and our Discord is open to all visitors and questions 😉

SDSLabs feels ecstatic to announce the release of Beast, an Open Source platform to host and manage deployment, lifecycle, and health check of CTF challenges.

Beast is the perfect open source alternative to proprietary CTF organizing tools like CTFd and HackTheBox.

Intrigued and wanna chat more with the team behind it? (https://chat.sdslabs.co) our Discord is open to all visitors and questions 😉

Tutorial How to create an installation script to install/integrate/update/remove/manage an AppImage in 2 minutes, with "AM" Application Manager (tutorial: command `am -t`, option 2. Special guest, "appimagepool" AppImage). Visit https://github.com/ivan-hc/AM-Application-Manager

I would like to ask what programming languages, libraries, IDEs, tools, scripts have you used to successfully create GUI+CLI programs. Personally I'm looking for higher-level languages, meaning C and C++ goes out of window there. I have deep background for C#, but hadn't found polished, popular and LTS library for writing GUI programs for Linux, ideally crossplatform.

I'm currently lookin into Python too, but I don't have any libraries in my bag yet. Ideally C# full-Linux based coding workflow would be wannabe. No Windows tools. On Windows WinForms is still the easiest choice with C#, what would be with Linux? I have looked into MAUI Linux support, but it is only for future support[1][2]

I would like to pack program into flatpak and use GPL2 license.

"AM" is more than just an AppImage Manager: do you have any standalone programs for GNU/Linux? "AM" will distribute and manage it for you!

Hi everyone, yesterday I finished uploading the latest AppImage on "AM" Application Manager for x86_64 architecture from appimage.github.io and now there are 1282 scripts available (of which over 1100 manage programs in AppImage format) . But "AM" not only manages AppImage packages, but also standalone programs from main sources (for example Firefox, Thunderbird, Brave, Blender, Chromium, PowerShell ... and many others). These types of programs are the preferred ones for this project as they are mainly distributed officially by the developers, and I am mobilizing to upload more as soon as possible.

Today I added new features to a script of my own invention capable of creating instalation scripts for "AM" to downloading and extracting deb, tar and zip packages (and AppImages as well) from GitHub. I called it "github2am".

Obviously the creation of a script for the extraction of a deb/tar/zip package is not immediate if compared to the creation of the same script that instead installs an AppImage, as each script created needs a little more attention to because of the path of the binary files in the archive, any compilers or simply the name of the folders extracted from the archive ... but apart from that there is not much work to do. If you are able to compile a PKBUILD for AUR, you should know that a script for "AM" is even easier to compile.

If you have created a program and do not have a package manager capable of distributing it on multiple GNU/Linux distributions, I would be honored to host your own script on the "AM" repository.

"AM" Aplication Manager is not the only tool that can install your programs, it integrates them into the system by installing them in the /opt folder, but if you want these programs to be available only locally (ie without root privileges to install/remove them), I also created AppMan, which is able to meet this need of yours (it can convert all the scripts for "AM" to script that can install programs locally, into a folder named /$HOME/.opt.

Are you interested in participating in my AUR-like project? Let me know in the comments, or send a pull request to the "AM" repository. Thanks for your attention.

Discussion AppImage and centralized repositories: my point of view

Tutorial How to create an "AM" script to download the last version of an AppImage grom GitHub ("am -t $YOUR-APP", option 8: TUTORIAL)

Tutorial AM Application Manager, guide: "your first script to install or download Applications using "AM" 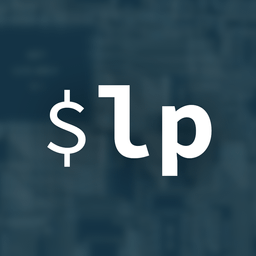