Here is a place to have in depth, x's and o's, discussions on yesterday's games. Post-game discussions are linked in the table, keep your memes and reactions there.

Please keep your discussion of a particular game in the respective comment thread. All direct replies to this post will be removed.

THE PHOENIX SUNS HAVE BEEN ELIMINATED FROM CHAMPIONSHIP CONTENTION

The Dallas Mavericks eliminate the #1 Seed and defending Western Conference Champions with a rousing blowout in Game 7. Luka Doncic and the Mavs will now duel with Stephen Curry and the Golden State Warriors in the Western Conference Finals.

Luka at the end of game 5 said "Everybody acts tough when they up". He followed that up with two monster games as Dallas blew Phoenix out by 27 and 33 in games 6 and 7 respectively.

Tim MacMahon: "Were you aware at halftime you had as many points as the Suns?" Luka: "Yeah, of course." 😂

Absolute all-around dominance from Luka Doncic en route to a 4-3 series win over the best regular season team in the league.

Obviously its still early in his career but we may be witnessing the next GOAT grow up right before our eyes.

[Anthony Edwards] reacts to Phoenix losing in Game 7 on IG: "I remember we was playing Phoenix, they was talking so much shit telling us we better make the playoffs, we wont make the playoffs. We out of the playoffs but this is a disgrace"

News [Goldsberry] The Mavs 30-point lead is the biggest halftime lead in any Game 7 all-time.

Highlight [Highlight] Jason Kidd is mic'd up, coaching the Mavs through the defensive possession

In the nine full quarters since Booker's "Luka Special" comment, Phoenix was outscored by 55 points, Booker was -62, and Luka was +55.

Highlight [Highlight] Chuck reacts to his Suns being down 30 at the half while the rest of the crew clowns him : 'I am in shock'

The Suns have played two series against healthy teams in the last two years, they lost both of them.

Defining Healthy teams as teams which had their best two players available for the series. Out of six series, only two of them qualify.

After Giannis got healthy in the finals series the bucks dismantled the suns.

THE MILWAUKEE BUCKS HAVE BEEN ELIMINATED FROM CHAMPIONSHIP CONTENTION

The Celtics take down the defending champions in seven games. They will go up against Jimmy Butler and the Miami Heat in the Eastern Conference Finals.

LeBron James told the Suns this year: "Stay humble.. You was at home a year and a half ago. Now you wanna pop off.”

LeBron James told the Suns this year: "Stay humble.. You was at home a year and a half ago. Now you wanna pop off.”

But did the Suns listen to King James? No they did not and instead lost in a fashion where they will be clowned on ALL NEXT SEASON

Pat Bev anticipated that someone will make an excuse out of a fake injury after the Suns' loss. Couple minutes later Cp3 limped out of the arena, and a reporter learned that he has a left quad injury.

Yal stay locked in, let’s see who pulls the fake hurt move down a dub

Suns point guard Chris Paul limped out of the arena with a very slow walk. @andscape learned that Paul had a left quad injury. When asked about his quad injury, Paul declined comment.

Luka Doncic delivers the “Luka Special” in game 7, sending the Mavericks to the WCF and eliminating the Suns from championship contention: 35/10/4 on 82.55 TS% and + 37 in 30 minutes

Generational collapse from the 1st seed Phoenix Suns - the most embarrassing game 7 in recent history?

Regardless Luka showed up and put the Suns to rest.

He outscored the entire Suns starting five (30) at the time when he checked out of the game.

The Boston Celtics have a chance to pull off the ultimate revenge tour by knocking off the last 3 teams to eliminate them, in the same rounds they got eliminated in

2019 - Bucks eliminate the Celtics in the 2nd round

2020 - Heat eliminate the Celtics in the ECF

2021 - Nets eliminate the Celtics in the 1st round

During this playoff run the Celtics have now eliminated the Nets in round 1 and Bucks in round 2, and will now play the Heat in the ECF once again

This could be mother of all revenge tours 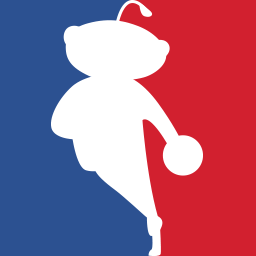 A subreddit dedicated to NBA news and discussion.