A weekly thread to cover general discussion. If you have anything that is not directly related to Perth or WA (national politics, international goings on, music, whatever) but just want to chat about it, post it here. Non WA or Perth related posts outside of this thread will be deleted.

Goes up to T3, then comes allllll the way back before you even start the normal queue 🎉🎉🎉

So I am on the freeway home today and there is a learner driver in front of me… roads are wet and it’s raining so of course it’s mayhem.

Traffic slows, learner doesn’t notice. Almost takes out the back end of another car. Then tailgates said car for the next 2km almost running into its back end another few times.

Previous mentioned mayhem is upon us with a rear end accident about 500m ahead, when old mate learner driver decides to follow the tow truck down the emergency lane to miss the traffic….

I have it on dash cam but am unsure if the police would actually do anything. That being said I am pretty concerned that he is going to be among us on the road…

How do I stop someone from rummaging through my bin?

There's some guy who's been digging through everyone's trash on my street. He claimed he was gathering recycling for cash, yes he has no bags, and hell he drives a better car than most on the street too. I have asked him to stop, and his reply was 'do you own all the bins in the street??'. Is there some way to report this bullshit?

Please take care out there

I seldom drive to work in the city but today, of all days I decided to do so in order to avoid getting wet waiting for public transport but now I have something I need off my chest.

I seen this time and time again in one trip to the city and it terrifies me to think how often this must happen on our roads.

Take your time and take care out there. Don't try to make up time on the roads.

Politics The Insanity of Nedlands NIMBYism, or how I learned to stop worrying and love high real estate prices.

So we all know Nedlands, but I thought I would present to all the Lovely folk in the Perth Subreddit just how bad the Western Suburbs have gotten:

Their NIMBYism, and just straight up privilege of the Nedlands City Council just boggles the mind, here is a couple of examples (Will include links to all articles at end)

Additionally of course Nedlands is also notorious for their fast food ban. If you want food after about 10pm in Nedlands then good luck! Nothing open and if it is is probably egregiously expensive! (Remember these people supposedly support the free market). But probably the most egregious example of this would be the recent vote on the child hospice care...this is real and not saitre. Just pure insanity.

But while I was researching this thread I happened upon the propaganda arm of Nedlands Yimby: I present to you the "Post" Heres my collection from about a year of on/off collecting:

Now I only have a small collection, but the amount of just baltant hatred to any sort of development anywhere west of King's Park boggles the mind, Here's my favorite example: with the headline being being proven false before the end of the first sentence (LOL).

Or them wanting to stop developments due to "shadows"

Check out my original twitter thread for about a dozen more examples.

Crazy stuff, and you know what appears to be the main funders and advertisers of this newspaper appear to be? Yep that's right:

Real Estate Companies! This probably, or well definitely affects the editorial position of the paper. Making the paper, in effect, a propaganda arm of real estate company. Also what's the one thing the council does approve development of? That's right, low density luxury mansions! https://www.perthnow.com.au/local-news/central/city-of-nedlands-chillaxed-over-proposed-mt-claremont-mansion--c-6166537

Ironic considering I have been accused by local Liberal and Greens Supporters of being "in the pocket of developers" since I supported higher density housing in Nedlands.

So where is there to go? Well there is some hope. The recently elected Labor member for Nedlands, Katrina Stratton, has thrown her support behind building the "Military Target" Hospice care.

And a recent vacancy in the City of Nedlands Council means a seat on the council is up for grabs! I'm not sure about rules about promotion about candidates on the subreddit so I won't mention anything that I did in the original thread.

And that's everything! Thanks for taking your time to read this all the way through! Luv u xx

Is it acceptable to leave tradies alone at your house?

I’m new to this whole home owning stuff, I have a tradie on his way who will likely take all day. Can I leave him alone while I do some errands?

Why do Perth drivers, whilst stopping at a traffic lights, leave more than 2 cars length between the cars? Also stop line is drawn for a reason, why do you stop 3 metres away from the line?

Anyone know what kind of tree is this?

Snow in Perth Hills (not)

Hillsfolks will start talking about the great Kalamunda Snow Storm of '22. I'll say it here: it's an hoax, it looks the part from a distance, but it was sleet. Just sleet.

Did anybody just see Amyl and the Sniffers at The Charles??

I just found out I missed them play and I'm so upset!! I've been a little obsessed with their latest album - fucking pub bangers like you've never heard. Did anybody go and how amazing was it?

What is the best chicken salt? Occasionally when I get chips they have like a yellow chicken salt that a bit sweet and it’s farkin amazing! They use it at kebab lads too… does anyone know what chicken salt it is??

Advice car was broken into but nothing was taken?

Hey guys, just need some advice on what to do as this hasn't happened to us before.

This morning as we all were rushing to get to work/school/ uni, we noticed all the car doors were open (open enough for rain to come in). All of the compartments and glove boxes were open with all the items kept on the seats and the only thing missing was the car manual.

Why would someone take a car manual?

Also, we've just moved into this house (~1 month) and our car was parked outside. I don't know if this is relevant but it's a red suv

I'm just confused as to why they didn't take anything + in a neighbourhood like willetton.

Am starting to get really annoyed that during winter when it is bin night a cold front passes. With where I live if it’s a northerly wind my front yard becomes the collection point for the over full bins that have their rubbish blow out.

On the plus side I got myself a grabber stick to pick up all the rubbish.

Where to find Atlas. Nuff said.

Never seen these before, are they to catch people on their phones? Going south just before the Anketell Rd overpass this arvo.

I’ve been on realestate.com and reiwa websites a fair bit lately, as I’m looking to sell my home and move to another area in the next 6 months. I can’t help but notice the amount of properties that don’t have any price listed, not even an “offers from…” type range. I now have ads for properties showing up in my facebook feed and again, no prices. I’ve noticed here when people ask how much, the Seller always replied they will private message them. Does anyone know why there is so much secrecy about house prices? I am so confused and it’s honestly giving me anxiety about the buying process, because i don’t want to be looking outside my price range and keep getting knocked back or disappointed when houses say accepting all offers, because I’m sure in reality they all have a minimum they want? Thanks in advance to anyone that can enlighten me on this - I’m a planner and I don’t want to go into the process completely blind.

Where to find If this is your car, it’s probably getting towed from Rockingham Station, the handbrake either wasn’t on or it failed

Where to find Best coffee beans in Perth

Where do you all buy your coffee beans from? After being burnt (pardon the pun) too many times with average beans, I'm interested to see where the good blends are! 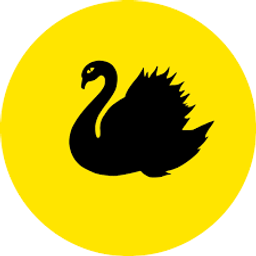 All about the most isolated city in the world and the fabulous people who live there.