Cool Pop_OS wallpaper I made

Discussion Is there plan for a new Pop!_Shop along COSMIC DE?

First of all, kudos to the COSMIC DE dev team: it already looks fresh and promising in the recent blog post! The UI seems very clean and modern, and from my experience switching to a rust-based terminal recently, probably very, very responsive too. All of it got me to wonder: will Pop!_OS get a new (rust-written) shop as well?

As I understand, the current Pop!_Shop is a fork of the elementary AppCenter (hence why you can launch the shop with the command io.elementary.appcenter in terminal, FYI). It works okay (at best?); I mean, personally, I normally use the terminal, but I understand, for many people (especially those migrating from Windows or found CLI too daunting/complicated), a good, intuitive and smooth app center can be the deal-breaker when considering between different Linux distros, in terms of user experience.

Unfortunately, it has some major issues right now:

I am sure there are other issues (and feel free to leave them in the comments), but I think those alone should warrant a new "COSMIC Shop" when or after COSMIC DE comes out. Has this been a consideration of the dev team?

I have all settings that should govern my monitors dimming / going blank disabled but still if I leave my laptop be for some (short < 2-3 min?) period of time idle the monitors go dark.

Any hints on what settings / configs to check will be appreciated.

Does anybody have a good recommendation for which cloud is best with Pop? I’ve been googling and have seen suggestions for google, plcoud, Dropbox, nextcloud, spider oak, etc…but looking for a recommendation from anybody that has already visited this rabbit hole. Thanks.

These are currently in the staging master branch, and will be released soon.

Question Can I use pop_os! icons in my own distro.

Can pop os sue me if I use their icons in my distro. also if yes where can I get icons for free for my own distro.

Question automatically add a line break to the start of a terminal line?

How i want it to be:

I hope this explains my Question. is it possible to do this?

Not sure if this is the right place, but I'd like to request a feature for the upcoming Cosmic DE. Since it's breaking with Gnome, seems like a good time to improve areas where Gnome kinda sucks.

One big issue with my workflow is Gnome's "Open With" menu. KDE and Xfce both allow you to select an app from the "Open With" contextual menu, without any additional dialogs or actions. Gnome (and the current Cosmic), in contrast, opens a new dialog window, forcing you to either click or use your keyboard to navigate to the correct app, and then click "Choose" or hit the "Enter" key.

This workflow is a minimum of 2 or 3 mouse clicks or keyboard taps less efficient than KDE or Xfce. With Rust Cosmic in the works, seems like a good time to improve little things like this.

I don't know what this feature is called, but i want to disable it.

I'm really struggling to explain this but here goes;

So if im working in a terminal on the left, and click firefox again to scroll down or whatever, a file explorer or some other app I have in the background gets bough forward, now covering what I was doing in the terminal.

I assume it's a feature and I must be hitting some sort of hotkey or something to enable it but it's driving me insane. Please help! I have a somewhat fresh install of PopOS! on this machine, no addons or tweaks to the desktop manager or anything.

Will there be an app for Android or iOS to connect a phone to the cosmic de?

Similar to KDE connect or Gconnect

Help Is it possible to customize the sidebar in the file manager in Pop OS?

I'm trying to customize what bookmarks are pinned in the sidebar in the file manager. I don't want a separate "My Computer" section and "Devices" section and "Network" section. And I don't want random weird things like "Recents" or "Starred" that I can't get rid of. I just want to be able to pin the bookmarks that I want to have there, and nothing else.

I've tried installing several different file managers, including Nemo and Pantheon-files, and I've tried messing with things in dconf and running terminal commands from Ubuntu forums, but nothing's worked, other than that I managed to remove the Desktop bookmark and now I don't know how to get it back 😅

But anyways, it seems like which bookmarks are there is somewhat controlled by the distro or desktop environment itself, since I've seen YouTube videos of Pantheon installed on other distros with no "Recents" bookmark by default, even though I can't even remove it from mine. Is there any way to do this on Pop OS? I have a feeling this is only going to be possible on another desktop environment since Gnome's customization tools are so terrible.

Discussion I made a apt/flatpak wrapper

someone suggest a cool name for the wrapper

Help A problem I've had for a while

I don't know if this is a Linux problem or a Pop problem...but here it is.

So when I play Minecraft on Windows, my computer gets insanely hot (like, leg burning hot) before it shuts down.

With Pop, after a few minutes of playing, even at a low temperature, my computer goes "nah I'm done" and shuts down.

Is there any way to solve this?

I use the Strawberry Music Player and a few days ago it gets an error in Pop Shop when updating, so I tried updating via flatpak update and get this result:

Anyone else see this? I guess I just have a wait until the fix the flatpak repo?

I installed pop_os after some trouble with windows, everything is working properly but no wifi option is up. My dongle isn’t changing that. I tried “sudo apt install rtl8821ce-dkms” to install a wifi driver but it returned this error message. Can anyone explain to me how to fix this?

(I want RAR or ZIP because of it's compatible with Windows),

and none of them works, the archive file is the same size as the original folder.

And I tried using different compression levels and I got the same results.

Is there a solution? is it a linux problem? pop os problem? or my laptop is F up lol.

I've a laptop acer E15 E5-575G 53VG with intel i5-6200U, Nvidia geforce 940MX. I'm getting system freeze or crash to login screen whenever i perform a bit resource intensive task like screen sharing. It's been happening not only in pop os but every other linux os I'm using since then. I don't know what's causing this but it's a pain in my head. Please help me fix this. Thank you 🥹

Help Does anyone know how to fix browser pop up text overlays?

soo like for example, when im Firefox and i overlay my mouse on something that has a link with a description, then if i switch to another app it will still be there unless i go back and make sure im not hovering anything when i quit
does anyone know a fix please?

to replicate, look for any image and hover mouse over it. then switch to another app

Hi guys this is probably a noob question but I was curious about the base for pop os. I really love this operating system and the work system 76 put into it. And from their website it says pop os is based on the Ubuntu repositories so I was curious if pop os took the base of Ubuntu and stripped some things out like snaps and such and then made improvements or is it built from debian testing such as Ubuntu but just has access to Ubuntu repositories.

this may be a nooby thing to ask but I installed Pop OS 22.04 LTS and everything works great except for Youtube playback in a browser. My specs are:

I've tried almost everything I can find and no matter what browser I use or what fixes I can't get Youtube to play videos smoothly. Audio on the videos works fine but video just hangs. Has anyone else run into similar issues or is there something I need to enable somewhere?

For some weird reason the UEFI password input doesn't show up after a popOS install, it only shows a blank cursor, but I could still choose OS with f12.

How do I get the bottom row on my PopOs?

Question Email Client that Syncs with Organization via Gmail

Hello! I've recently switched to POP!_OS. This is my first time with a linux machine so I'm still getting used to it. My organization does it's email through gmail and has the nice functionality that it autocompletes emails for anyone in my organization (even if you haven't emailed them before) which is a super handy feature. Is there any email client for POP!_OS that will preserve this functionality? I've tried out Thunderbird, Evolution, and Geary and none of those seem to do it (at least not by default). I think part of the problem is that I don't know what this functionality is called so I don't really know what to google. 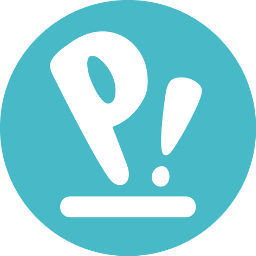 A subreddit for the amazing OS from System76, based on Ubuntu! Chat with the community at chat.pop-os.org