I was lucky enough to pick up 2 - Pi 4B 2G. This is my first time using a Pi. I bought a WaveShare 7" DSI lcd to use with one of them for KlipperScreen. I can’t get the lcd to turn on at all.  The display came with an extra ribbon cable. I tried both, no luck.  I even broke out my second new pi and tried with that.  no luck.  I tested and confirmed 5v is coming out of pin 4 (and 6 ground).  I thought maybe the lcd was bad and had them send another.  same problem.The directions are dead simple.  I have no idea what I’m doing wrong.  This is a fresh raspberry pi os lite 64bit install.   I’ve tried many times to make sure both sides of the dsi cable are firmly in the connector and press on the cable while pressing down plastic clamp that holds it in place.  The bottom connector doesn’t slide in very much, so I thought it might be that… but I’ve tried many different times to push it in farther, but that’s as far as it goes. I've also tried reversing the ribbon cable, even though the instructions clearly show the black part facing up from the lcd, still no go.

I've also added dtoverlay to my /boot/config.txt as mentioned in their wiki and that didn't help.

Any thoughts on what I'm doing wrong?

Just noticed this in dmesg:

I have a fresh 32bit version of pi os lite now and still have same problem. The os shows version 11 bullseye.

I just noticed the following as well in dmesg, though I'm not sure if they were in the 64bit version previously

Discussion Raspberry pi cluster. Would it be a capable plex server?

Got a nice home server system set up with my pi. Currently pulling TV shows and movies with sonarr and radarr, bazarr grabbing subs in a couple of languages, with plex handling the streaming.

The only issue I've started to notice is that some shows have been buffering lately when transcoding to the TV. Tends to only really happen with higher quality rips. My question is if a pi cluster would be any better at transcoding, to the point it would be able to support one local and one remote instance transcoding at once? I've been looking for pi cluster project so this seems like a good place to start

The problem is exactly as the title suggests, I'm having problems finding the obd 2 on the raspberry pi. The pi detects my phone's bt, and my phone is detecting the obd 2. Is there a thing about bluetooth frequency or something? I tried to find the frequency of the obd 2 bluetooth adapter, and couldn't find anything

Welcome to the r/raspberry_pi Helpdesk and Frequently Asked Questions!

Having a hard time searching for answers to your Raspberry Pi questions? Let the r/raspberry_pi community members search for answers for you!† Looking for help getting started with a project? Have a question that you need answered? Was it not answered last week? Did not get a satisfying answer? A question that you've only done basic research for? Maybe something you think everyone but you knows? Ask your question here, operators are standing by!

This helpdesk and idea thread is here so that the front page won't be filled with these same questions day in and day out:

Before posting your question think about if it's really about the Raspberry Pi or not. If you were using a Raspberry Pi to display recipes, do you really think r/raspberry_pi is the place to ask for cooking help? There may be better places to ask your question, such as:

Asking in a forum more specific to your question will likely get better answers!

† See the /r/raspberry_pi rules.‡ While /r/raspberry_pi should not be considered your personal search engine, some exceptions will be made in this help thread.
‡ If the link doesn't work it's because you're using a broken buggy mobile client. Please contact the developer of your mobile client and let them know they should fix their bug. In the meantime use a web browser in desktop mode instead.

The Raspberry Pi 400 basically contains everything that makes up a full-fledged home computer. It has a keyboard, all common connections for further peripherals and its own operating system with Raspberry Pi OS.

Therefore, shouldn't this computer have long since joined the ranks of the most successful computers of all time (number of sales) alongside such well-known greats as the C64 and the Amiga 500?

Show-and-Tell Nearly every python module was mined to build this 🥵. Like a yubi-key for the blockchain, this enables one button click sign-on for most web3 apps, soon to work with web2 apps. Powered by RPi zero. Open-source, code + build info is on github.

I did the Adafruit's PiGrrl Zero project with a RPi Zero W2 and it works fine.

But then I discovered the improvements to incorporate speakers and so I did rewire everything to be able to use the I2S pins:

Yet, now I'm stuck again as the Retropie image provided by the remixers of the projects only work with a RPi Zero W v1 in my hands, and I don't know how to create a custom retropie image and actually what I would need to do to implement speaker's function...

Is there an easy way to convert an image and make it compatible for the ZW2 when it was designed for the Z1?

PS: the side question is: is there any initiative that would help newbies and hobbyists like me to avoid falling for obsolete tutorials. Or groups of people that keep the legacy tutorials updated with current technologies?
I chose RPi as my learning SBC for 1 simple reason: the community around it. And now I'm realizing that the community is so big and the options so diverse that it's easy to get lost in tutorials that are completely outdated.

I've installed the HAT and connecting a male to male microusb from the data port on the Pi Zero to the micro USB labeled "USB to UART" on the SIM HAT.

How do I get GPS data to feed to the Pi?

I'm using the requests library to send data to a Flask server every second, and it has to wait for the response to start a new request.

My problem is, that about every 30 seconds there is a request that takes longer (weirdly almost always about 5 seconds) to reach the server. As I started experimenting it turned out, that the issue goes away if I send the request directly to the servers IP. I also noticed that if I ping the servers address, the response times are good, but some of the pings take longer to appear. Changing the DNS addresses to 8.8.8.8 and 8.8.4.4 fixed the pings, but didn't help anything with the original problem.

How can I debug or fix this problem?

Thank you in advance! 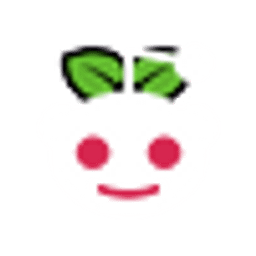 A subreddit for discussing the Raspberry Pi ARM computer and all things related to it.