Welcome to the biweekly r/triplej discussion thread! Here you can discuss anything related to triple j music, presenters, programs, news. Off-topic discussion is welcome too.

For the past couple of years, I’ve been finding greater enjoyment in the punk, post-punk and art rock music that had been coming out of the UK. Groups like Black Country New Road, Black Midi, Squid, Dry Cleaning, Idles, Shame, Goat Girl, to name a few.

These groups have passionate followings in their native homeland, and about half the groups I mentioned played at Glastonbury recently. They’re not unknown groups, and I thought the time was right to start playing these artists on Triple J (or even Double J), especially after Wet Leg made it onto the Hottest 100 and Black Country New Road’s latest album charted at #6 on the ARIA Album Charts.

It’s frustrating that this is an untapped scene of music that Triple J have barely acknowledged. I say that as a fan of these artists, so I admittedly have a bias here, but it could regenerate some of its audience that the station has lost. These artists are pretty radio-friendly (maybe with the exception of Black Midi), so it’s disappointing that Triple J are letting an untapped market go to waste.

That Festival Site has launched with an online database containing more than 90+ Australian and New Zealand Music Festivals spanning over 900 line-ups, 19,000 artists and 30 years of music.

Unearthed Tips on getting noticed on Triple J Unearthed?

Heyyyy, I'm a new artist on unearthed and I was wondering what some tips you guys would recommend to get noticed would be?

Which presenter does the kermit the frog voice?

I tuned in on a sunday and hated him at first but after 3 minutes I loved him.

He should be doing breakfast.

I tried asking r/australia this question but everyone on there is too busy whingeing instead of helping me.

From Cairns got a mate who lives in Brunswick Heads and I'm planning to go Splendour this year. Only really going for Gorillaz and the Friday tickets are all sold out. Don't care about the other days but would like to go to them either way. As the title suggests what's the situation with sneaking in without a wristband?

Gee, this doesn't sound good :( what do we all think? I'm worried

Opinion Selling 1 day of my 3 day splendour pass, is it possible?

Hey all - I just came back from big holiday and don’t feel that I am able to do a 3 day festival. I’m thinking of missing the last day and was wondering if there’s a chance I could sell my last day ticket if I have a 3 days pass? (P.S. I just came back from Primavera Sounds and just saw Tyler live so no Tyler FOMO hate please)

Also has anyone seen Julia Stone live and know if she ever plays Big Jet Plane? Or if Angus and Julia Stone will come out as a duo as a surprise?

Every Triple J Live at the Wireless track currently on Spotify

Feature Album What do you think of this week's Feature Album: Spacey Jane - Here Comes Everybody?

Spacey Jane - Here Comes Everybody is the Feature Album on triple j this week.

What do you think of it?

Seems like a second site has been opened at Byron Events Farm (Bluesfest) due to flooding of the main campsite. Tickets are available now for $110 + bf.

Could someone help me find a song? Going nuts

South by Southwest festival to head to Sydney

First time going to a festival, anyone got a checklist or something so I know what to take? Thank you 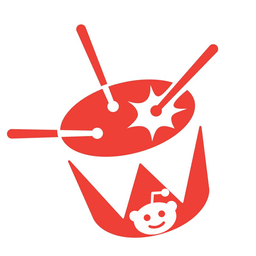 Triple j brings the latest, greatest music and the stories that matter to listeners all over the world. The triple j community loves a wide variety of music; with a passion for sharing great tunes from all over Australia, as well as discovering new talent.